It can be useful to search occasionally for the Rue d’Isabelle on the internet. Last time I did I found these two old, undated, postcards of the street. The photographs are well known but to see them as a postcard is really interesting. 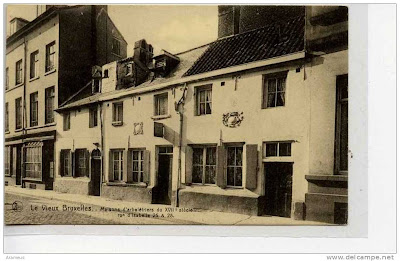 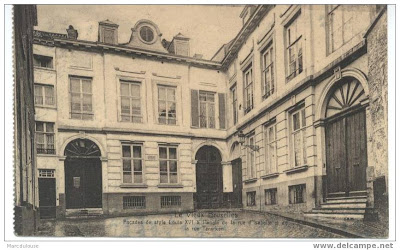 These postcards are presumably older than the one I wrote about recently here. That ‘Vieux-Bruxelles’ referred to something at the 1935 World Exhibition, which was portrayed as Old Brussels, but from a historical point of view it was totally uninteresting. They had created a little quarter with about eight streets. Only the names of the streets were related to the actual old Brussels.

These two postcards seem to relate to the time of the Comité d’Etudes du Vieux-Bruxelles, which was founded in 1904. Its main aim was to take photographs of the threatened parts of Brussels, such as the Isabella Quarter. This collection of some 1,500 pictures is of course extremely valuable. For example, it contains these two pictures.

This Vieux-Bruxelles, a term already used a decade earlier, was essentially a nostalgic euphemism for what had already been lost in the last decades and what was about to disappear. But this period did produce a lot of important work.
With the outbreak of the First World War the interest in Vieux-Bruxelles ended, and afterwards the term was hardly used any more.

The first photograph shows you the three remaining 17th century houses of the then important guild of crossbowmen, who laid the foundation of the Pensionnat‘s large garden.