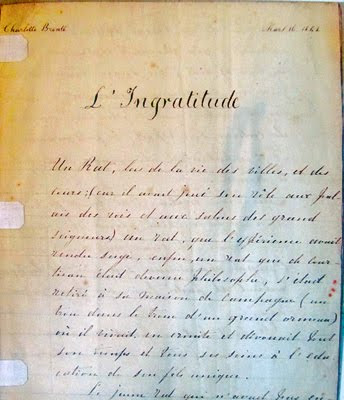 The few grammatical errors apart, it isn't a bad attempt given the circumstances. One feature that doesn't seem to have been dwelled upon is the fine calligraphy which, when compared to CB's typical letter writing style, is a joy. An equivalent piece of work from Emily (on display at the Haworth Parsonage) shows that she, too, was capable of beautiful handwriting - an art that, alas, we seem to have forgotten today.