Exhibition on the Brussels Royal Quarter at the BELvue Museum.

Brussels. Organized by the Cercle d'Histoire de Buxelles to celebrate its thirty years of existence,  the exhibition includes numerous photos of the old Isabelle quarter, where the Heger Pensionnat  attended by Charlotte and Emily Brontë once stood. This quarter was almost completely destroyed in the early 20th century to facilitate various urban projects, including the infamous Nord-Midi rail Jonction; the selection of photos and slides on display helps revive its memory.

The exhibition runs until 31 August 2014 and entry is via the BELvue museum. The exhibition itself is housed in the Hôtel d'Hoogstraeten, which stands opposite the BELvue, across the Rue Royale. To reach the Hôtel, the visitor descends into the labyrinth of halls and passages which lie beneath the Place Royale – the remains of the Coudenberg Palace destroyed by fire in 1731. These subterranean vestiges include a small section of the original Rue d'Isabelle which managed to avoid later destruction.

The exhibition is a small one, yet includes some highly interesting images of daily life in the Quartier Royal in former times. It covers themes ranging from the area's commercial activities to important royal family events, public transport and parades. Perhaps the most striking photos on display relate to the 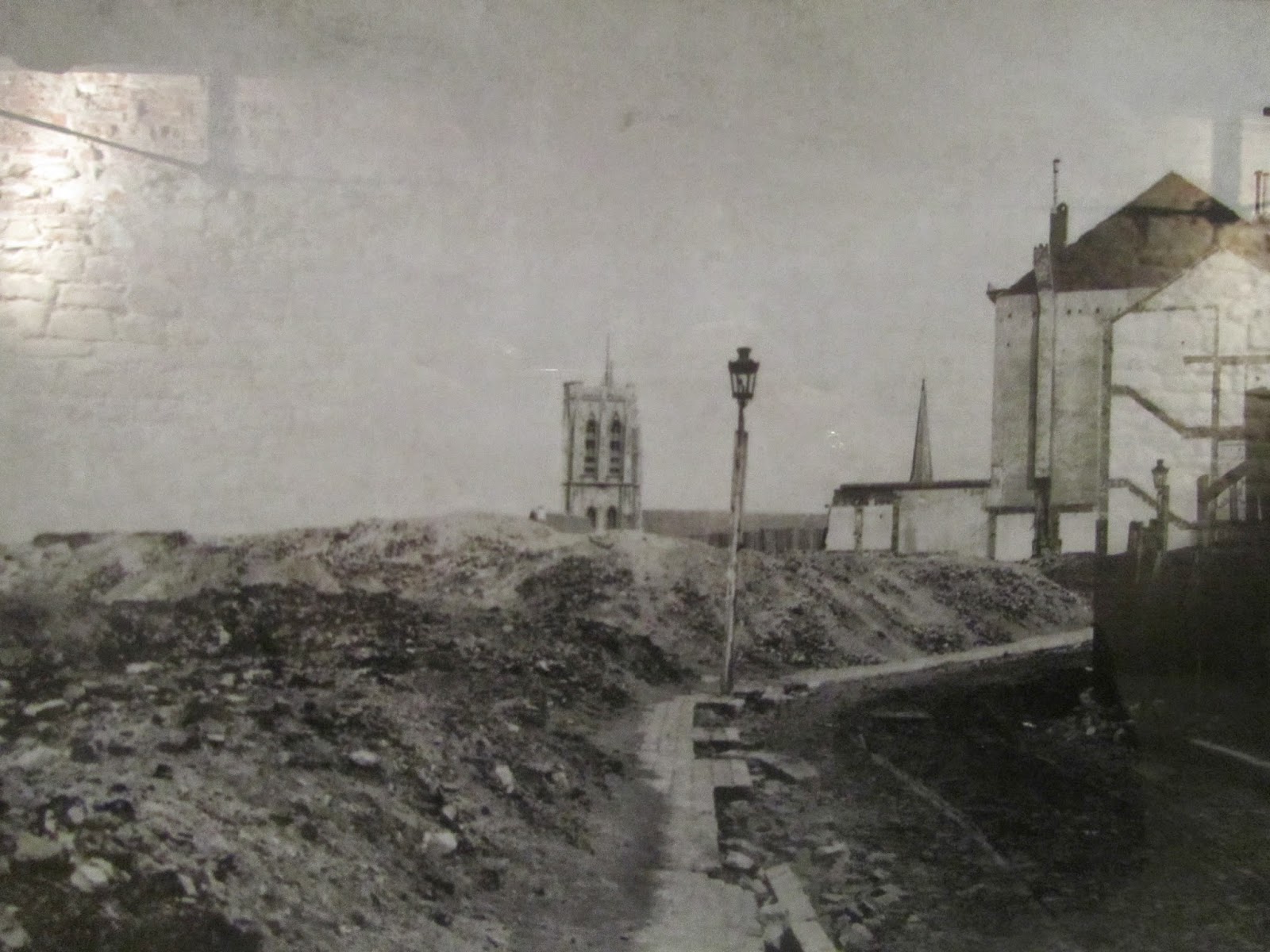 final destruction of many of the quarter's streets and landmark buildings. It's hard to believe that such whole scale, ruthless devastation was carried out in the name of progressive urbanism! [See photo, Rue des Douze Apôtres]

The exhibition catalogue, on sale at the BELvue shop, is excellent. It features a long and highly interesting article by François Samin on the history of Rue d'Isabelle and Le Grand Serment des Arbalétriers. The Heger Pensionnat garden on the Rue d'Isabelle, so memorably described in Charlotte Brontë's Villette, had once been home to the city's important Guild of the Crossbowmen. Samin's article includes a wealth of little-known facts and documents related to the guild's history and its former exercise garden. It merits the attention of anyone interested in the Brussels of the Brontë sisters.