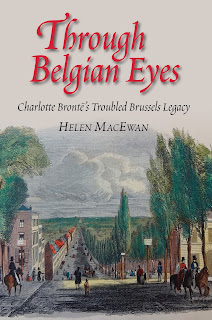 It sounds like an interesting read. A highly enjoyable Saturday morning that helped to fill in our picture of the Brontës’ Brussels.
Posted by Lisbeth at Monday, October 16, 2017