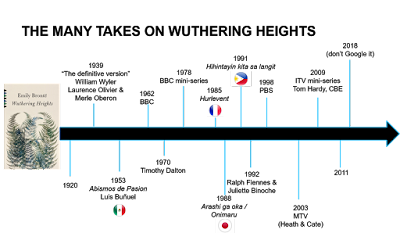 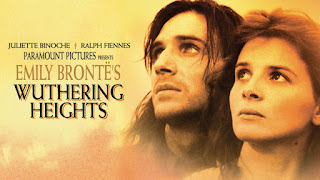 The day focusing on Heathcliff and Cathy was a fitting follow-up to Prof. John Bowen's talk in October -- Dividing the Desolation -- on the strange appeal of Wuthering Heights despite the violence and cruelty in the novel.

Most of the audience felt that the violent aspects were effectively translated in to the 1992 film, and appreciated that it encompassed the entire story, and not just the first half of the book as some other adaptations have done. Many liked the gothic elements, but the Disney-esque castle that was Wuthering Heights didn't ring true to the book for some. Some people felt the film was too romaniticized despite the violent aspects. 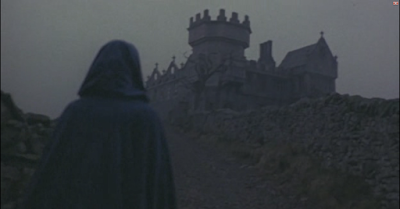 While most people found Fiennes a convincing Heathcliff, Binoche's performance got mixed reviews, with a lot of criticism of her French accent. The handling of Lockwood's role was generally praised, with the story taking a different perspective when it returns to him near the end. Most people were surprised to have Emily become the narrator of the film, while Nellie Dean -- who narrates most of the book -- is relegated to a diminished role. And in a bigger surprise, Emily was played by Nothing Compares 2 U Sinead O'Connor -- barely recognizable with a full head of hair.

After such an enjoyable movie and discussion, there was general support for a similar program in the future -- but a split decision on whether to do another Wuthering Heights film or an adaptation of Jane Eyre instead.