Secrets and spies at Brussels Bronte talk on Villette 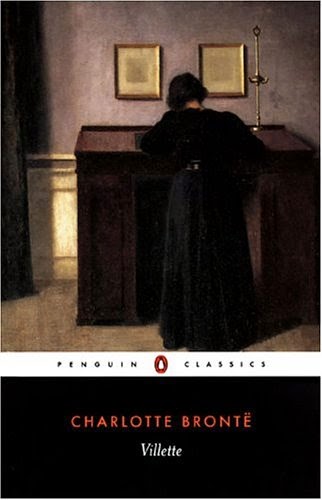 Two women watching each other formed one of many memorable scenes of a talk given to the Brussels Bronte Group last month. Only one woman knows she’s being watched, while the other quietly and tidily sifts through private belongings. The two women are Madame Beck, searching through the possessions of the enigmatic teacher Lucy Snowe, the other is Lucy herself, following the headmistress’s moves through not-quite closed eyelids. The talk was “Shoes of Silence and a Face of Stone: Surveillance and Secrets in Charlotte Bronte's 'Villette'.

Students and members of the Brussels group met to hear award-wining historian and biographer Lucy Hughes-Hallett give the talk at the Université Saint-Louis. Group committee members Myriam, Lisbeth, Sharon and Marina brought local cakes and tarts for listeners to buy, along with the regular free tea, coffee, juice and biscuits. The audience was set to watch and learn on a sunny Saturday morning in October.

It was the watching, the surveillance, in Bronte’s final novel that Lucy Hughes-Hallett examined and discussed with the room. She showed how Madame Beck’s school is full of spies, of unobserved observers. These include Monsieur Paul at his window in the neighbouring boys’ school, as well as the many instances of characters appearing or hiding shadows, behind trees, or through unexpected doors and shutters. Above all there is stony faced Madame Beck, running her “school of spies”on “shoes of silence.”

But what is observed, as well as by who and how, was just as important to the talk by Lucy Hughes-Hallett, author of introductions to the Everyman editions of Jane Eyre and Villette. Lucy Snowe is full of secrets, wilfully choosing to withhold information from the reader, Hughes-Hallett explained. These secrets most obviously include the end of the novel, as well as the reason why Lucy leaves home at the start. Even when, late in the book, Ginevra asks directly “Who are you, Miss Snowe?”, Lucy’s reply is the unclear and unsettling “Who am I indeed? Perhaps a personage in disguise.”
Lucy’s name, from the Latin for “light”, is also revealing in the context of what is shown and what held secret, said Hughes-Hallett, winner of the Samuel Johnson Prize and the Costa Biography Award. Other secrets and hidings central to Villette and discussed at the Brussels talk include the beloved letters covered with an almost ludicrous number of wrappings, and then buried.

Errors made in the perception of others were also covered in the talk. These include the failure to recognise Polly when she grows up as Paulina, and the true identity of Dr John – another secret Lucy chooses to keep from the reader for much of the book.

Fortunately for us, Lucy Hughes-Hallett’s presentation was more revealing than Lucy Snowe’s narrative. Members of the Brussels Bronte Group ended the hour far wiser than Madame Beck, after her 15 minutes considering the “sleeping” protagonist of Villette.