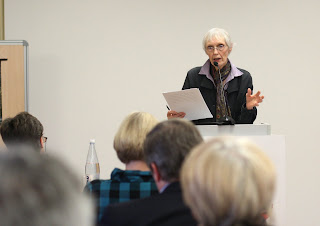 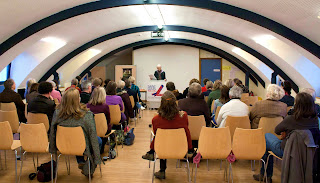 Charlotte's criticism of Tenant also inspired lively debate. Charlotte called Anne's subject matter 'a mistake' and said the book 'hardly seems to me desirable to preserve.' Maureen said Charlotte's comments probably stem from a desire to preserve Anne's memory and reputation after her death, after the book had been criticized in early reviews.
Luckily for us today, Tenant was preserved and has taken its place beside her sisters' novels, though not quite out of their shadow. Maureen's summation: 'Anne was indeed a novelist in her own right -- a wonderful stylist.'
Jones
Posted by Helen at Monday, February 28, 2011 1 comment: