In libraries in the United States a few copies of Charlotte Brontë’s Villette can be found that once belonged to equally renowned authors. The Rosenbach Library in Philadelphia for instance has one that was part of the collection of books of Charles Dodgson (1832-1898), better known as Lewis Carroll, author of Alice’s Adventures in Wonderland & Through the Looking-Glass. He must have loved Villette. He had two copies of the novel!

When Charles was eleven years old his family moved from Cheshire to Yorkshire, where his father, a vicar too, got a new and better position. They lived in Croft-on-Tees, near Darlington, but it also brought them sometimes to the Cathedral of Ripon, not that far from Haworth. At home he, like the Brontës, wrote domestic magazines. In 1846 he went to Rugby School, where he spent three unhappy years, and then he went to Oxford. For the rest of his life Dodgson would live there at Christ Church College. 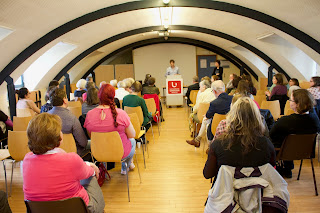