The Secret of Charlotte Brontë

While I was in Haworth during this year’s AGM, I finally found and bought a most precious book, which had been on my wish list for years; The Secret of Charlotte Brontë, by Frederika MacDonald, published in 1914. 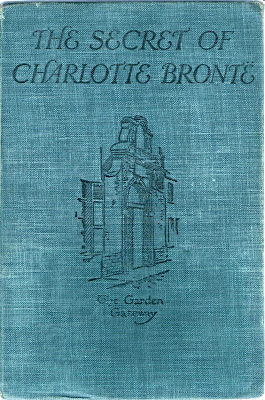 Perhaps some of you already have this book, but for those who haven’t, I would like to bring it to your attention.

This is probably the first and only book which is focused solely on Charlotte Brontë and Brussels, and would therefore be of great interest to everyone interested in that period of her life.

Frederika MacDonald, in 1859, was herself a pupil at the Pensionnat Heger where 17 years earlier Charlotte had been a student, and later a teacher.
She knew from first-hand experience what life was like at the school, and even more interesting, what M. Heger and his wife Madame Heger were like in real life.

Frederika had been writing articles as an ex-pupil of the Pensionnat from 1894 onwards, but when Charlotte’s letters to Heger were made public in 1913 (when Paul Heger handed them over to the British Museum), she was the first to quote from these letters in a Brontë biography. They form a vital part of this publication, in which Frederika tries to unravel the ‘secret’ of Charlotte on the basis of these letters.

The book is separated in 2 parts:

There are also some interesting illustrations, which you hardly find in any other publication or biography. 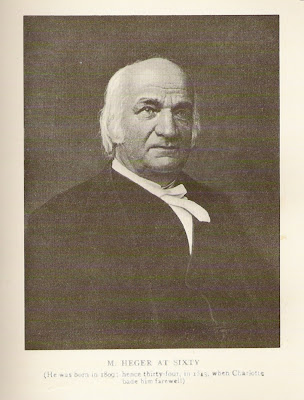 I strongly recommend this book as a wonderful addition of any good Brussels/Brontë collection.
If you are able to get your hands on a copy, don’t let it slip you by.
There is however the possibilty to read the text, by clicking on this link:
http://www.archive.org/details/secretofcharlott00macduoft
To see the digitalized original edition, click on ‘FLIP BOOK’ in the left panel where it says; ‘View the book’.

Some more information on Frederika’s book in the Australian Brontë Association Newsletter:
www.ics.mq.edu.au/~chris/bronte/news17.pdf

Hello there, i have a copy of this book that has been on my shelf for years. I would like to sell it and was wondering if you know where i could take it to be valued?
Thankyou in advance
Mrs Wright
rachiedodie@hotmail.com

I can highly recommend this book. I think the writing is excellent and Frederika MacDonald was sensitive to the positions and feelings a of all involved. It's marvelous to get a different perspective of the Hegers. I was quite moved when Madame let her guard down for a moment and her emotions were shown

Thank you Anne. I had not read this post since, but it seems to be an interesting book. Definitely a different perspective than other books about the sisters.