Broeder en zuster, or the story of Acton Currer Bell

Ten years ago, in an old library catalog I stumbled on a novel, translated in Dutch and published in 1853, by Acton Currer Bell, called Broeder en zuster. Acton Currer Bell? A Brontë novel called ‘Brother and sister’?

The pictures are from a catalog of one of the 19th century ‘reading libraries’ (“leesbibliotheek”) in Leiden, my hometown. At some point then there were about a dozen or so at the same time, usually established by booksellers. People could borrow books, to read them at home. This 1850s catalog gives an idea of the popularity of the Brontës in The Netherlands. As the obviously fake Acton Currer Bell novel does especially. A novel under that name would sell. But it also shows the confusion in the early 1850s about the identity of Currer, Acton and Ellis Bell. 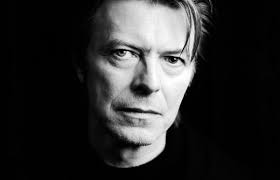 David Bowie is dead! For all his many fans in the music world, across several generations, the news this week has come as a great shock. We thought he would be around forever, like an undying god, but no – he is gone. The passing of Bowie, the beloved Thin White Duke, is a huge happening in this early new year 2016.

2016 of course, is also Charlotte Brontë's big year, the bicentenary of her birth, and events are already taking place around the world to celebrate her life and legacy. Thus, while sadly we bid farewell to one huge figure in the world of popular music, we are also remembering one of the great icons of literary culture.

Out of homage to these two great artists, David Bowie and Charlotte Brontë, I would like to approach here some common themes and parallels found in their lives and works. I would like to show how they were kindred artistic spirits in many ways – however strange the idea might at first seem!

One the major themes Bowie and Charlotte share, one informing constantly their artistic projects, is that of solitude. Both artists are obsessed and haunted by black ideas of solitude, by despair and social isolation. From an early age, they both felt different, unwanted and alone. Reading Charlotte's letters collection, it's clear how she so often feels to be an alien, an outsider adrift in a hostile world. In 1836, at the age of twenty, she wrote to Ellen Nussey: "Ellen, I have some qualities that make me very miserable, some feelings that you can have no participation in – that very few people in the world can at all understand –".

It's in her novels too, and in all her heroines – the loneliness of Jane Eyre, Lucy Snowe, Frances Henri, and Shirley's Caroline Helstone. Charlotte’s writing deals much with the solitude of young orphaned women, women floating uncomfortably on the margins of society – loveless, homeless and desperate women, who are looking for a place to live, a little friendship, and some crumbs of love. In Shirley and Villette, the two novels she wrote (or finished) after the deaths of her siblings, the atmosphere of gloomy solitude and despair is oppressive. In Villette, Chapter 15, Lucy Snowe experiences a sort of nervous breakdown, having been left alone in her school during the long summer holidays. It is difficult to ignore the searing pain in her words: 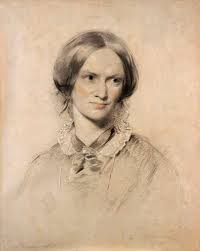 "Even to look forward was not to hope: the dumb future spoke no comfort, offered no promise, gave no inducement to bear present evil in reliance on future good. A sorrowful indifference to existence often pressed on me – a despairing resignation to reach betimes the end of all things earthly."

Now this bereft, solitary territory was the very space that David Bowie knew all too well, a landscape he travelled through and inhabited for much of his life. He outlines it in his interviews and in his song lyrics, where he tells how he felt like a space oddity, or, as he puts it in another song, a cracked actor. He was a man who was so often afraid, who did not like himself, and who, beneath all his façades and smiles, felt lonely, cut-off from common human living, so mentally unwell.  Bowie's interviews, easily found on the internet, offer many quotes on the themes of emotional pain and solitude, such as: "what I do is I write mainly about very personal and lonely feelings, and I explore them in a different way each time". Bowie endured many painful psychologic extremes, just like his Major Tom in Ashes to Ashes, who was "strung out in heaven's high, hitting an all time low".
Bowie and Charlotte never tired of writing about their stark emotional suffering; perhaps it was the only way they found to exorcise the dark demons tormenting them.

For much of their lives, both artists were also very troubled by problems of Identity. They were never really sure of themselves as persons – who or what they should be, or what role they should play, or how they should fit into the various identities their respective epochs offered them –identities of self, society, class, gender. In their art, they deal extensively with identity questions – so much more so than many of their fellow artists.