Brontë Conference 30.31 August 2014: The Brontës and the Condition of England

The last weekend of August I joined Helen, Judith, Maureen, Jolien and her husband Paul and about
70 other Brontë lovers/scholars at the Scarman Centre, Warwick University, for the Brontë Society
Conference 2014. This conference contained five sessions and two additional treats. And indeed we
were treated! On Friday afternoon Juliet Barker told us what political animals the Brontës were, at
least when they were young and all at home in Haworth, reading as many magazines as they could lay their hands on and debating the articles read.

The second treat Melissa Hardie-Budden. She is researching the Brontë connection in Cornwall,
the families of Thomas Branwell and Anne Carne, the maternal grandparents of the Brontës. These
families were very often in trade. This gave them a wide, though very Cornish, network of connections in all directions of life, including a scientist like Sir Humphrey Davy. There is still a lot more to be done here, but I think Mrs. Gaskell would have been astonished already. 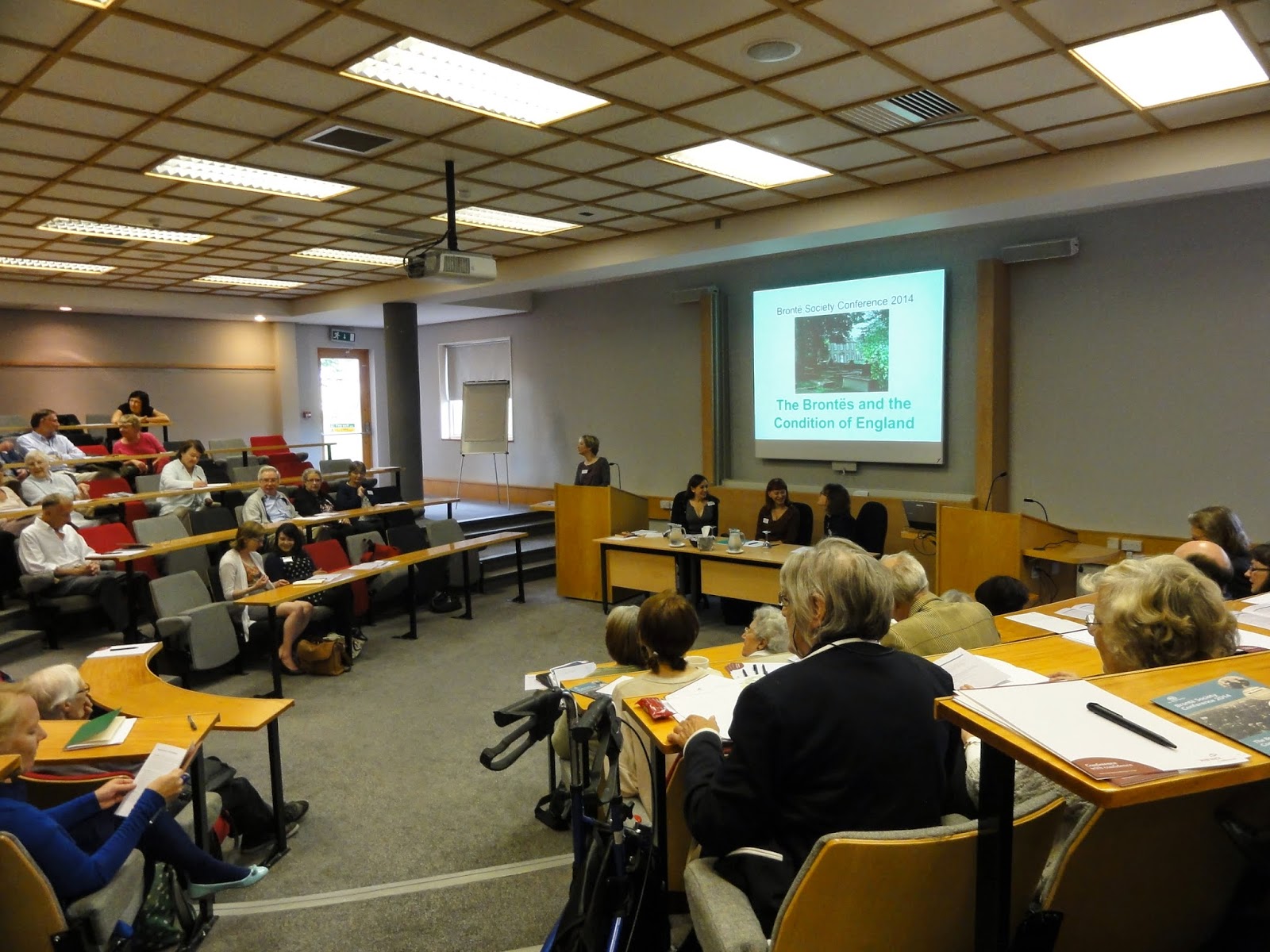 The first Session (on Saturday) was on Patrick Brontë. Dr. Logan, from the Irish branch of the Brontë Society, made clear to us how much Patrick was moulded by the people he met when he was young and still in Ireland. Not only his own kin, but people in a wider circle, who saw how promising a young man he was and helped him to Cambridge University. In Isobel Stirk's story we see Patrick later in life, preaching in the church in Haworth to rich and poor people alike. Patrick would talk to everybody: he wanted to help the poor and needed the rich people to get things done, like healthy drinking water for all the people of Haworth. Brian Wilkes gave us lovely insight in his rich knowledge of all things Brontë and in this case all things Patrick and the world beyond. Marianne Thormählen discussed the case of the Brontë novels being historical fiction or just fiction. Of course Shirley is set in the time of the Luddite Riots, a time Patrick could clearly remember, but there are no historical figures in Shirley, nor in any other of the Brontë novels.

The theme of the second Session was Religion. Bob Gamble surprised everyone with his research
done on the education of William Weightman. He calls Weightman and his fellow-students Northern
Lights, the term used for the lighthouses on the northern shores of Britain, because they were the first students coming from the new University of Durham. And Weightman was not just the flirty, flighty
young man he looks like in Brontë-lore, but a serious and empathic curate. He could have gone back
to Durham before the dreadful cholera that killed him, struck Haworth, but he decided to stay and help Patrick with his huge parish.

Sarah Pearson reflected on Charlotte’s ideas on the Condition of the Church of England: it should
not become too Catholic, nor too Protestant and certainly not too far from the daily life of its people.
Though Charlotte Brontë is not known for her progressive thoughts on religion these ideas, especially the third one, sound very modern to me.

The third Session was on Industrial Unrest. Ariella Feldman told us, that even in very difficult times for workers, like in the beginning of the Industrial Revolution, workers, rebelling against losing their jobs, would still use a folklore kind of yell when attacking the mills, so maybe not all the fairies left, when industrialisation began. Erin Johnson talked us through the influence of the Captains of Industry in those days and of writers and historians like Thomas Carlyle.

The fourth Session on Women started with an interesting talk of Rebecca Fraser on where the Brontë
sisters, especially Charlotte and Anne, stood in the Woman Question. Birgitta Berglund, who used
the "yell" 'Fashion in a Feminist Issue' for her talk, made it even more interesting by showing us very
literally what a part of the Woman Question, the Great Corset Debate, meant to a woman. She is
sure that the Brontë's wore corsets, because all women did, even working women. Maybe not as
tightly laced as she was herself by then by her friend and colleague Marianne Thormählen, but still.

One wonders how any woman could work with a corset on. Or walk on the moors. Or go on with your lecture like Birgitta. It changed her breathing and therefore her voice, like modern day high-heeled shoes change your walking. Molly Ryder, in her talk on ‘Asylum Metaphors in Villette’, kept to the theme of confinement and gave us an insight into what solitary confinement, not just in a corset, but in an asylum could do to a person, woman or man for that matter. 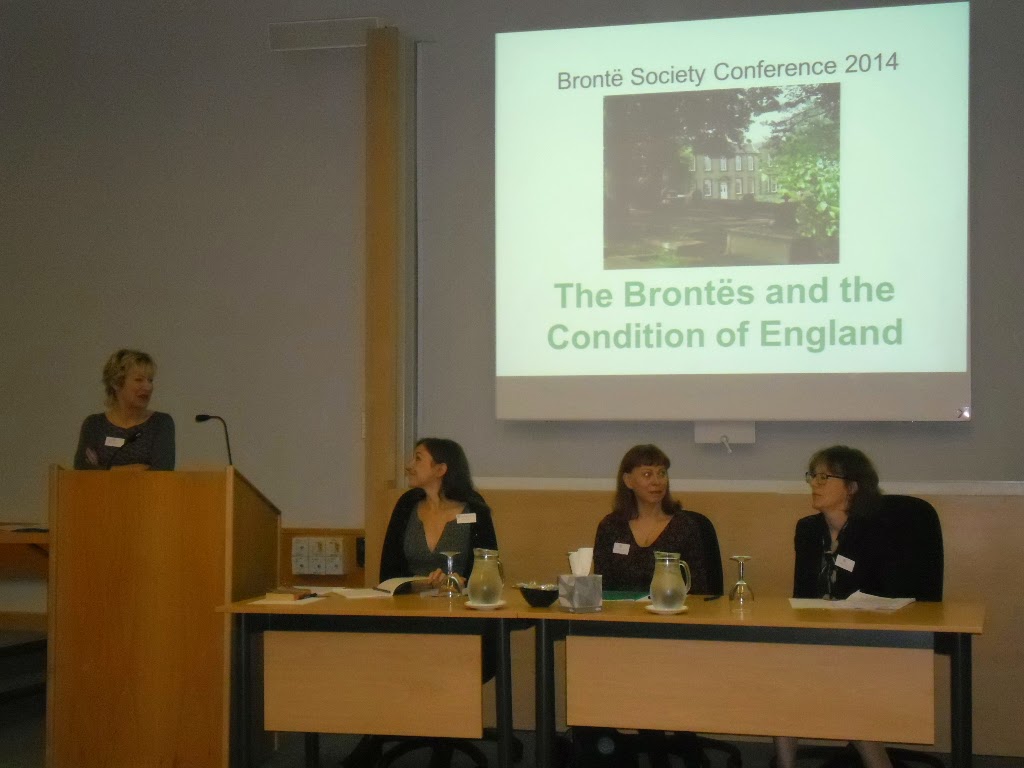 The fifth and last Session was on War and Empire. Emma Butcher showed how in their juvenalia
Charlotte and Branwell reimagined the times of the Napoleon
ic Wars and the impact of wartime on

the Condition of England. Sarah Fermi, great organiser of this conference, ended the series of lectures by thinking aloud on the question of colour. There is still a lot of research to do on questions like: did the Brontës meet coloured people? Did they know people who got rich by trading slaves? And what did they think about that? And of course the never answered question: where does Heathcliff come from?

Bonnie Greer had in her speech at Conference Dinner told us how important it is to us, members of
the Brontë Society, to be the true heirs of the Brontës and let nobody else run away with the Brontë
history.

Many delegates thought this was the best Conference ever. Maybe a few more historians as speakers
would have given us an even better idea of the Condition of England in Brontë-times, but I do think
the organisers of the next Conference will have a whale of a job to surpass this Brontë Society
Conference 2014. 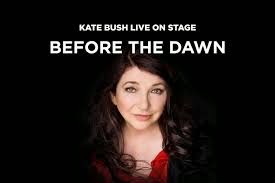 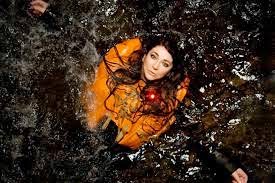 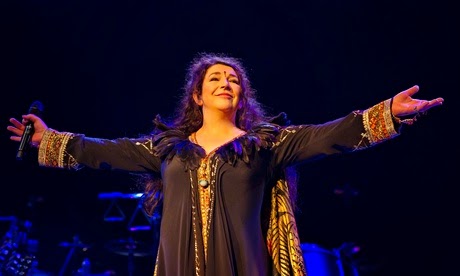