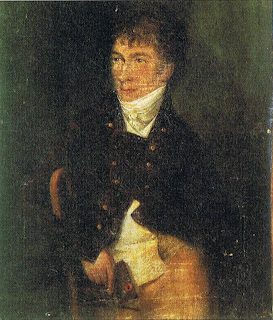 One of the most fascinating things about the Brontës is the myths and legends surrounding them and whether there is any basis at all for some of them. Patrick Brontë appears in Mrs Gaskell’s biography of Charlotte as a remote, eccentric and forbidding figure. Many biographies of the children end with their deaths as though Patrick was just a faint figure in the background. Mrs. Gaskell’s picture of him was taken from anecdotes from the nurse who was so incompetent in nursing Mrs Brontë in her last illness that Patrick dismissed her and nursed his wife at night himself.

Dudley Green’s book, which is very well documented, gives a very different picture. Patrick was a good family man and very concerned as to how his children would manage when he was dead. He gave them lessons every day after breakfast. As a lover of music himself he took them to performances of the Haworth Philarmonic Orchestra. He bought a piano for them and other instruments and paid for lessons for them, although money was always tight. It is obvious that he discussed politics and affairs of the country with them and they all shared in the hopes and disappointments of their outcomes. When Branwell was drinking so heavily his father insisted on sharing his bedroom with him so he would not harm himself in the night, although Patrick had a full load of clerical duties to carry out in the daytime. Escorting Charlotte and Emily to Brussels, he reassured himself that his daughters would be in good hands, studying a few phrases in French on the way.

Although his writings were not of the highest literary merit, he was the first of the family to have published works (poems and a story). He wrote many tracts and was a tireless writer of letters to newspapers and organizations to support good causes. So the children were exposed to an atmosphere of the written word, both reading and writing, from early days.

For many reasons Haworth was a difficult parish. It was a daughter parish to Bradford and also had a separate Board of Trustees who did not always agree with the Bradford Vicar. Patrick was one of the few Tories in Haworth, a great believer in the established (Church of England) church among a majority of Dissenters. In Haworth he was a founder member, as was Branwell, of the Haworth Temperance Society and was so concerned when the doctor advised him to take a little wine for his digestion that he asked to have it in writing. He was a great believer in education and fought hard to raise money for, first of all a Sunday School and later a day school. He raised money for the poor when there was little work. He raised a subscription to replace the three bells of the church by six new ones so the bell ringers could take part in competitions. He preached once or twice every Sunday until he became too ill in his 82nd year. Even when he was blind he would be led to the pulpit to give his sermon which was said to be easily understood by the simplest and least educated member and to be delivered extempore.

Although a strong Tory he was sympathetic to many Whig ideas. He supported Roman Catholic Emancipation, was against the death penalty for minor crimes, like stealing a loaf of bread, against the workhouse system where families were separated, a man from his wife and parents from their children, and against rotten boroughs where the few voters were bribed to vote for particular members of Parliament.

He was a tenacious campaigner. Because of dirty water the mortality rate in Haworth equalled that of some of the worst districts in the country. He campaigned for 14 years to get clean water for the poor. The rich had their own good sources and were not willing to pay a water rate for others. The reason why he insisted his children wore only silk and wool was because these were less combustible than other materials and as minister he had had to take the funeral service for so many children who had been burned to death.

He always wanted to be intellectually stimulated and joined first the Keighley Mechanics’ Institute and later the Haworth branch. He not only attended lectures but also gave them. The children sometimes accompanied him. When Charlotte died the Haworth branch paid tribute to ‘the Institute’s most distinguished member and patroness,’ Currer Bell’. She must have become an active member.

The chapter on how Mrs. Gaskell went about writing the biography reveals how much she falsified the family situation, particularly with regard to Patrick’s character. Under the circumstances, he responded with great restraint.

This biography of Patrick is the first for forty years and for me it was special because it was about Patrick as a person in his own right and not just as a background to the girls. It is very easy to read and I do recommend it strongly.