“No one,” they say, “can do the  impossible” – or, as Charlotte Brontë herself might have put it, following her time in Belgium, “a l'impossible, nul est tenu” - but Tessa Hadley, acclaimed novelist and lecturer in creative writing at Bath Spa University, achieved just that last Saturday afternoon in Brussels.  Faced with the challenge of finding something new and original to say about Charlotte Brontë's Jane Eyre, she captivated an audience of Brontë enthusiasts with her thoughtful comments and engaging delivery.

She began by observing that in the 1840s when Charlotte was writing Jane Eyre, the novel was still a relatively new literary form – hence the name – and contrasted its then “novelty” to its well established status today. For Brontë, Tessa suggested, was like Good King Wenceslas setting out to leave her mark upon virgin snow. Less than 200 years later, the deep and crisp and even snow has been trampled all over with foot-prints and tracks leading in all directions and no fresh fields in sight. Tessa suggested that, for writers today, this feeling of everything having been done before can be an obstacle,  but can also provide a sense of support and resource from which to borrow.

The talk focussed on two close readings of scenes from Jane Eyre. The first sentence “There was no possibility of taking a walk that day” - now one of the best known openings in English fiction - plunges the reader straight into the narrative with no introduction or explanations. With Jane, we see no chance of setting foot outside for fresh air and exercise. The emphatic “no possibility” creates in the reader a sense of restriction and oppression. The common use today of the technique of starting in medias res, does not prevent us from recognising its novelty in the hand of Charlotte Brontë. By the end of the first page of the novel, we understand that Jane is set apart from the warmth of the fire where Mrs Reed is surrounded by her three children and we hear her challenging  question;  “What does Bessie say I have done?” We too wonder what could a child have possibly done to deserve such treatment? The sense of injustice is palpable and this opening scene puts the major opposing forces in the novel into play: unfair repression “No” versus Jane's fight against it, or as Tessa put it, “Jane's 'Yes'! – 'yes' to life and her 'yes' to Mr Rochester”.

The second scene sees Jane locked in darkness in the red room, in which her Uncle has recently died. She screams out in terror only to be met with yet harsher treatment until she passes out completely. The scene graphically illustrates Mrs Reed's horrific inhumanity. Jane's sense of right and wrong is truer than that of the adults who surround her and understanding this, they punish her all the more. Tessa commented that whereas Charlotte Brontë could build her novel around this theme of arbitrary injustice, writers today could only treat the same subject with more nuance and irony. She noted, however, that the long tradition of novels in English literature allows modern authors to have confidence that their readers will understand them.

When we read Jane Eyre today, and irrespective of how many times we re-read it, we instinctively feel its freshness and immediacy. Feelings and passion such as Jane's had never before been expressed in fiction.  We find ourselves at the origin of the novel, something so well known to us that it is almost mythic. 2016 will be the 200th anniversary of Charlotte Brontë's birth, and although we understand only too well that her life and experience were so different from our own, Tessa demonstrated that the vital force of Charlotte's story-telling, her vision and her truth, transport modern readers, just as all the readers before them, to the moral centre of her wonderful novel, Jane Eyre.

Dawn Robey
Posted by Helen at Monday, October 26, 2015 No comments: 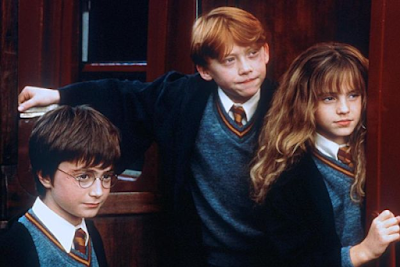 The narratives of Jane Eyre and Harry Potter are demonstrations that hard work, courage, honesty, friendship and love can overcome every obstacle. These are inspiring role models and wouldn't that be what we seek in or expect from literature?  No impossible ideals of beauty and accomplishment, but examples of ordinary yet heroic characters in their patient and enduring progress to happiness.
Justine Gauthier
Posted by Helen at Monday, October 26, 2015 No comments: