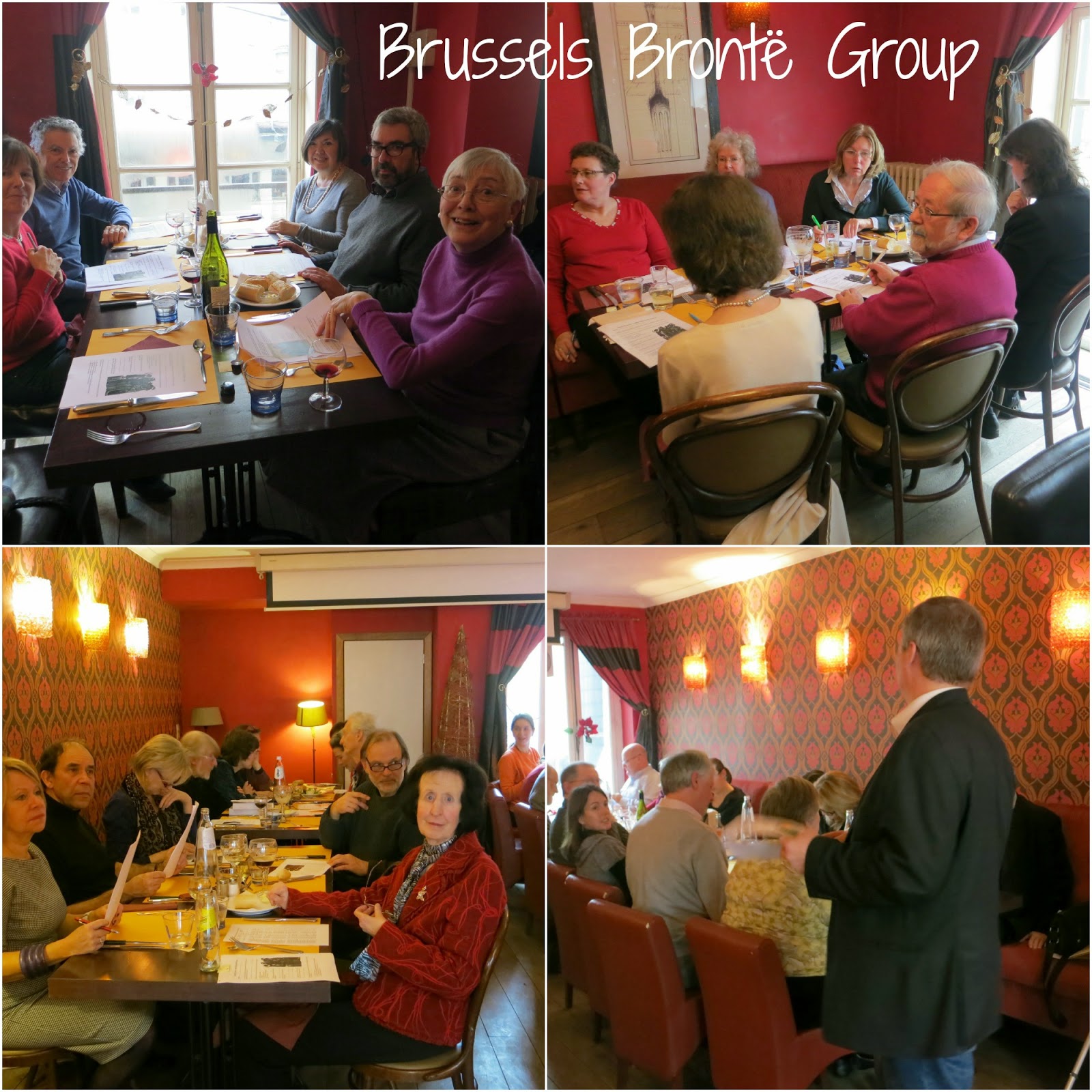 The Brussels Brontë Group’s annual Christmas lunch took place on Saturday 6 December, at the restaurant ‘Carpe Diem’. It was attended by 38 enthusiastic lovers of the Brontës and 19th century literature. As usual Jones Hayden was the Master of Ceremonies and he made sure that we were properly entertained.

The entertainment was varied and interesting. Jones and Paul Gretton had produced a Quiz about the Brontës which was not that easy to get right (although we think we know almost everything about them!). Graham Andrews read the poem ‘Transvestism in Brontë novels’ by Patricia Beer.


Our actors’ team, that is, Daniel Mangano, Myriam Campinaire, Robyn Colwell, Kate Healy and Brian Holland performed ‘Christmas Dinner at the Parsonage’ which was first published in ‘Punch’ magazine in 1935. They all gave engaging portraits of (in order of actors) Mr Bronte, Charlotte, Emily, Anne and Branwell.