Eric Ruijssenaars sends his second bulletin of news from the US where he is spending a year doing research into Dutch settlers at the New Netherland Institute in Albany. He is taking the opportunity to do some Brontë research as well.

A century ago, in March 1911, fire broke out in the Capitol building in Albany, the capital of New York State. It burned for four days. The state’s Archives, Library and Museum were housed in the building, and there was enormous damage to their collections. Because of the intense heat shelves broke down, which is why relatively few Dutch seventeenth century documents were lost. The English documents fell on top of them, as they were all near the ground. A great many of the English documents were lost.

The first picture is from a nice plan of Brussels, dated ‘around 1850’, with illustrations of buildings, from the NY State Archives. The upper part on the left was destroyed by that 1911 fire. It was an interesting find, being so close to 1842-3, and how Charlotte and Emily would have seen the city.

A few weeks ago I was in New York City again. I think it’s a wonderful city. On Thursday I went to the Holland Society of New York, and its fine library, for the research for the New Netherland Institute. On Friday my friend Margaret and I went to the New York public Library, to see the BBC’s Radio Times of 1970. Some years ago I found that at the very end of May 1970 a Villette television series started. Unfortunately this TV series is ‘lost’. I had much hoped to see a picture of this series’ Pensionnat in an article about the series. Would it look in any way like the real scenery?

The Radio Times only gave a (colour) picture of the actress as Lucy Snowe, and the few articles about it were also mainly about the actress. No picture of the Pensionnat. It was interesting to see that on Friday May 29th BBC Radio 4 broadcast a play about Emily (“Whom the Gods loved: Another in the series of portraits of some brilliantly gifted people who died young”). And on May 21st , also on Radio 4, Story Time, The Tenant of Wildfell Hall started, with the first of 10 instalments.

That Saturday I gave a talk to Brontë Society members in this part of the US, or rather a walk, a virtual walk, through the old Quartier Isabelle. In the afternoon Mary Meeks gave a very interesting lecture about Villette and the Bible and it ended with an excerpt from a new theatrical performance about the Bronte sisters. All of it based on their own words, used in the novels and the letters. Unfortunately there was only a small audience, including Sue Lonoff, and Margaret (a great Villette lover) and her husband Steven (now reading it for the first time). But it was a very nice Bronte day indeed, and good to meet the Brontë people here in the NYS and New Jersey region. All thanks to Joy Weiner, who organized the event.

I very much enjoy being in the US. A few days ago I had the pleasure of experiencing the Fourth of July here. I was in the tiny village of Old Chatham again, and saw a cute patriotic parade, after which the Star Spangled Banner was sung, and the Declaration of Independence was read aloud. It was a very pleasant day.

On the day before, a rainy Sunday, we went to the beautiful Catskill Mountains. It was a very Dutch area and is immortalized in Washington Irving’s Rip van Winkle story, the afterword to which contains a reference to the Kaaterskill Falls. After coming back home, having seen these Falls,having twice crossed the Hudson River via the Rip van Winkle bridge, I read the story for the first time.With a picture of these literary Falls I say goodbye for now from New York State. 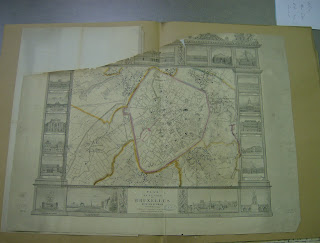 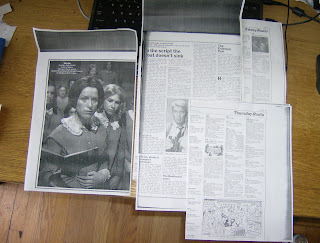 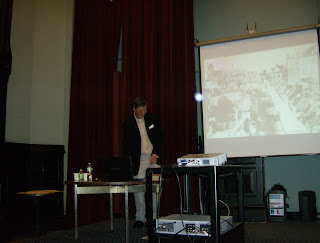 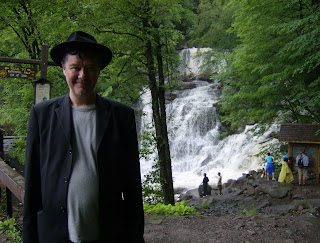 PHOTOS:
Plan of Brussels circa 1850
TV adaptation of Villette in Radio Times (May 1970)
Eric taking US Brontë Society members on a virtual walk in the Isabelle quarter
The Kaaterskill Falls