In these weird corona times when travelling is not advisable, not recommended, not desired or not possible, I came across this book by Geoff and Christine Taylor called Brontë Places & Poems.

The book, which is lavishly illustrated with photographs, was a labour of love. Its authors have lived near Haworth for almost 40 years and the book grew out of their trips to Brontë places in the U.K., Ireland and Belgium, with Chris, a keen amateur photographer and artist, taking the photographs. There are many photos of Brussels. 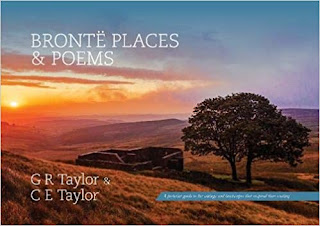 Brussels square to be named after the Brontë sisters

Since 1979 Charlotte and Emily Brontë have had a plaque on Bozar, the central Brussels arts centre, commemorating their stay there in 1842-43. The building is on the site of the Pensionnat Heger where the sisters perfected their French. Since the creation of our Group in 2006 we have dreamed of a street, statue or museum in Brussels in honour of the Brontës; some of these schemes have even been discussed with the authorities, but until now none of them has materialised.

That is about to change. The municipal council of Koekelberg in the north-west of the city has decided to name a square after the Brontë sisters.
Read more »
Posted by JH at Thursday, July 02, 2020 No comments: