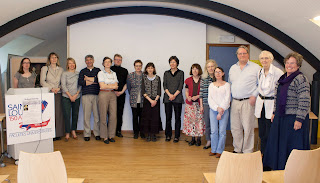 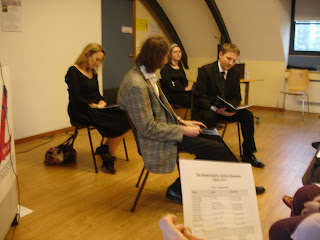 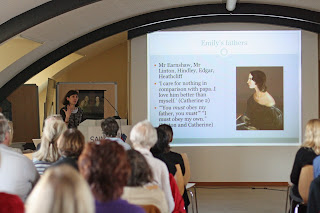 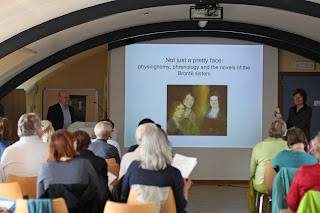 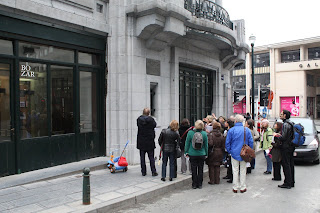 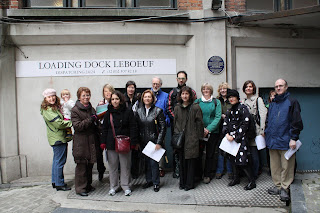 Valerie Sanders talking about fathers in the Brontës’ novels

By the Brontë Society plaque outside Bozar

By the unofficial plaque commemorating the Brontës’ stay in the Isabelle quarter
Photos by Helen MacEwan and Ioan Danubiu
Posted by Helen at Thursday, April 14, 2011 No comments: