Return to Haworth I

After the outstanding AGM of 2010 (a first for me), I felt happily excited when the bus dropped me off in Haworth in the afternoon of 3 June.

Less focused on lectures this time, we had nevertheless a highly enjoyable weekend full of variety again and also extremely amusing in different ways: a great evening of light entertainment provided by Haworth’s Gilbert and Sullivan group (among others a funny and very special version of “Cinderella”), but above anything else the Brontë spoof Withering Looks by Britain’s most famous literary lunatics Maggie Fox and Sue Riding – extremely inventive and utterly hilarious!

We also had lots of fun around the usual dinner at the “Old White Lion” on Sunday evening - pitting our Brontë brains against everyone else while trying to find the correct answers to Judith Bland’s 60 questions out of the Brontë books and lives.

But the real highlight for me was our walk on Sunday morning to Ponden Hall, often cited as the model for the Lintons’ home Thrushcross Grange– although none of the sisters left evidence of making such a link themselves. In part this opinion is due to its location, on the way up to the moors, in part to the fact that there were so few larger houses in this area.

Actually, Ponden Hall corresponds in some measure to the description of Wuthering Heights given by Emily and seems thus far more identifiable with Heathcliff’s home - being less grand and more humble than Thrushcross Grange as described in the novel. The date plaque above the main entrance, by the way, identifies the rebuilt house as dating from 1801 - the date that begins the story in Wuthering Heights.

Emily Brontë’s association with the Heaton family at Ponden is well documented: one of the Heatons served as a churchwarden to Patrick and it is known that she used the library which was reputedly the finest in West Yorkshire. Branwell Brontë was also a frequent visitor to Ponden where he attended pre-hunting gatherings.

As soon as I entered the large hall - realising that this was Wuthering Heights as I had imagined it – I had a kind of vision, i.e. Heathcliff standing by the fireplace when Mr Lockwood came in and asked for shelter from the snow-storm outside … And a second one in the master bedroom overlooking the valley beyond, where a tiny single-paned window in the east gable - underneath which a box bed, as in Wuthering Heights, was once standing but has sadly disappeared - is said to be the one where Cathy’s ghost knocked at the glass. I closed my eyes one second and could nearly hear her voice pleading: “Let me in, let me in”….

I didn’t take photos – unfortunately for those who read these lines, but not for me because for me the best souvenirs are those that you keep in your heart. And this I will – forever !

Now that I am back home again I feel like Emily when she was away from Haworth – nostalgic and missing the Moors already, their stillness, their grandeur and beauty and I can’t wait to go back to them!

There are many delights to sample over the annual Brontë Society weekend in Haworth apart from the hearty Yorkshire fare in its pubs.

There is the opportunity to meet other members. They come from all over the world but the Society’s heart is in Haworth and the Parsonage Museum. Members include local people with a stock of anecdotes from their years in one of Britain’s oldest literary societies as well as encyclopaedic knowledge of every place in Yorkshire ever visited by a Brontë or used in one of their novels (over the weekend we had a private viewing of Ponden Hall, supposedly the model for Wuthering Heights, and a visit to Gawthorpe Hall whose owner introduced Charlotte Brontë to Mrs Gaskell). Some of these Yorkshire members even have links to families who were associated with the Brontës. Thus they form a living link stretching right back to the Brontës themselves.

There are the local researchers like Keighley archivist Ian Dewhirst who spoke about the grimness of working-class life in Haworth in the 1840s with wit and passion, conveying to us the immediacy with which the period can be experienced through the mis-spelt letters of farmers and mill workers of the time. Again, a local enthusiast acting as a living link between us and the past.

There is traditional entertainment such as that provided by the Haworth light opera group, which included one of the monologues performed in 1930s music halls by the comedian Stanley Holloway, recited in a broad Lancashire accent challenging for members from outside the British Isles!

There are the traditional, time-honoured rites of the Brontë Society, such as the annual service for its members in the church where Patrick Brontë preached for over 40 years and the cream tea always partaken of outdoors unless it’s raining too hard.

But the Society isn’t just about the past and tradition. The Museum runs an arts programme with talks and exhibitions by contemporary writers and artists. This year we listened to novelist Sally Vickers (Miss Garnet’s Angel) talking about her work and how the Brontës have influenced it. At the prize-giving for the Society’s literary competition, the winners included many young writers. The winner of the poetry section has just published her first book of poems.

And from this year the Society has a new President. The writer Bonnie Greer is from Chicago, although she has lived in Britain for decades. This was her first AGM and she was delighted to be invited to lead the Society, mingled affably with members and gave us a stirring speech about the need to work to preserve literary societies and museums for future generations. 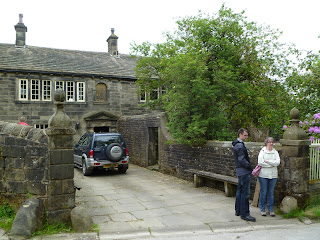 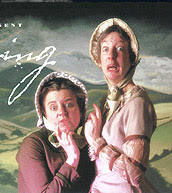 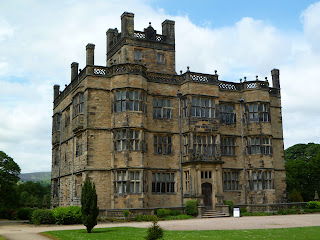