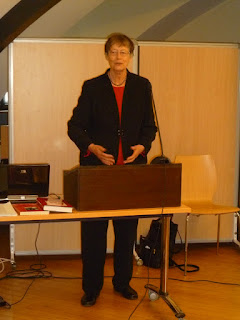 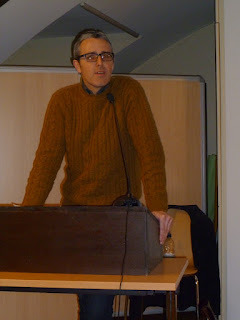 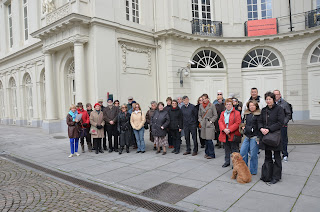 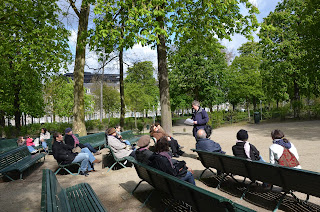 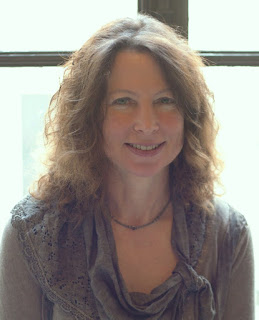 Patsy Stoneman; Andrew McCarthy; Myriam Campinaire (on left) prepares to guide the group of BRIDFAS members; walk participants take the opportunity of a sit-down in the park to listen to guide Jones Hayden; Claire Harman
Posted by Helen at Monday, April 30, 2012