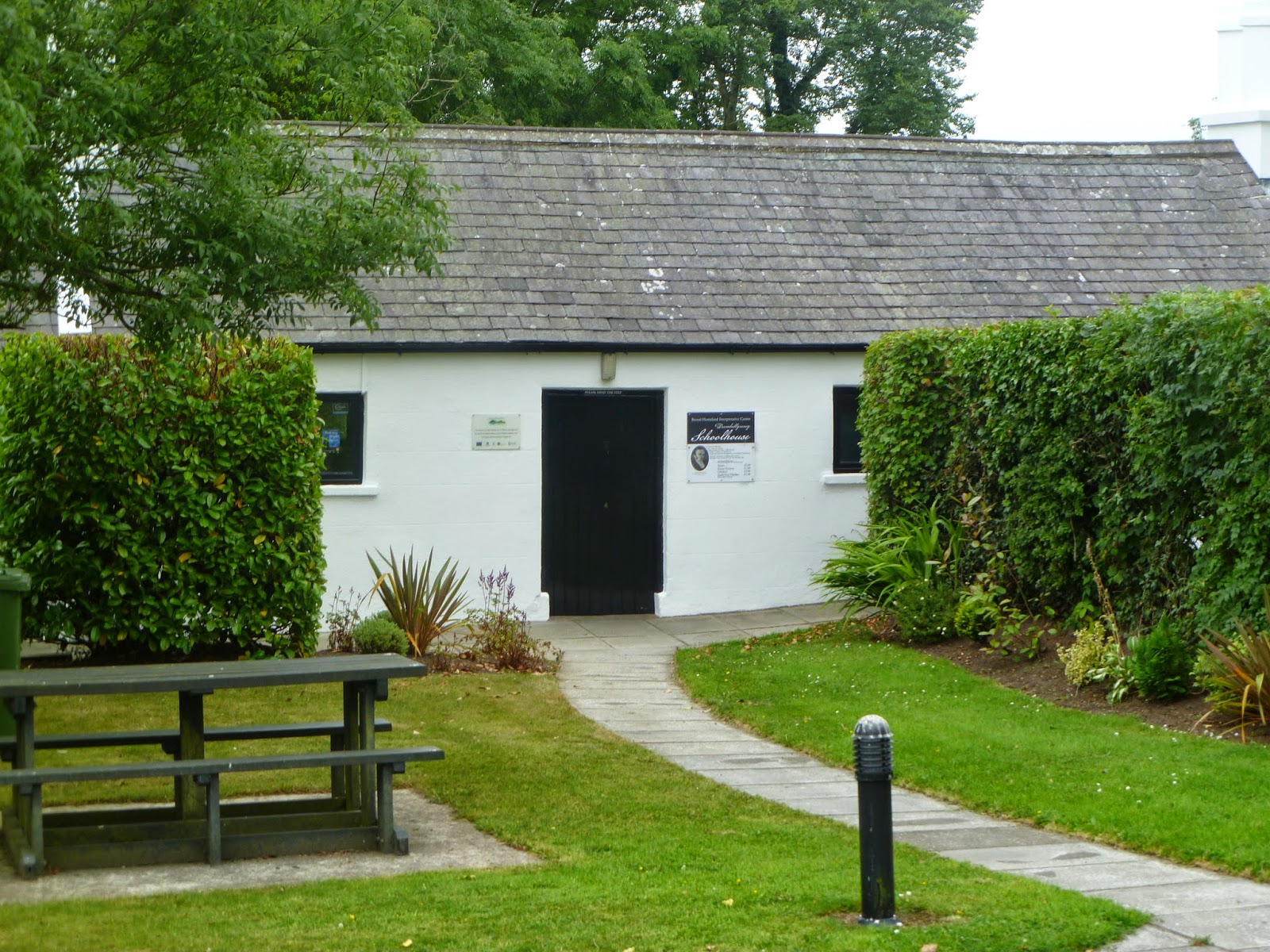 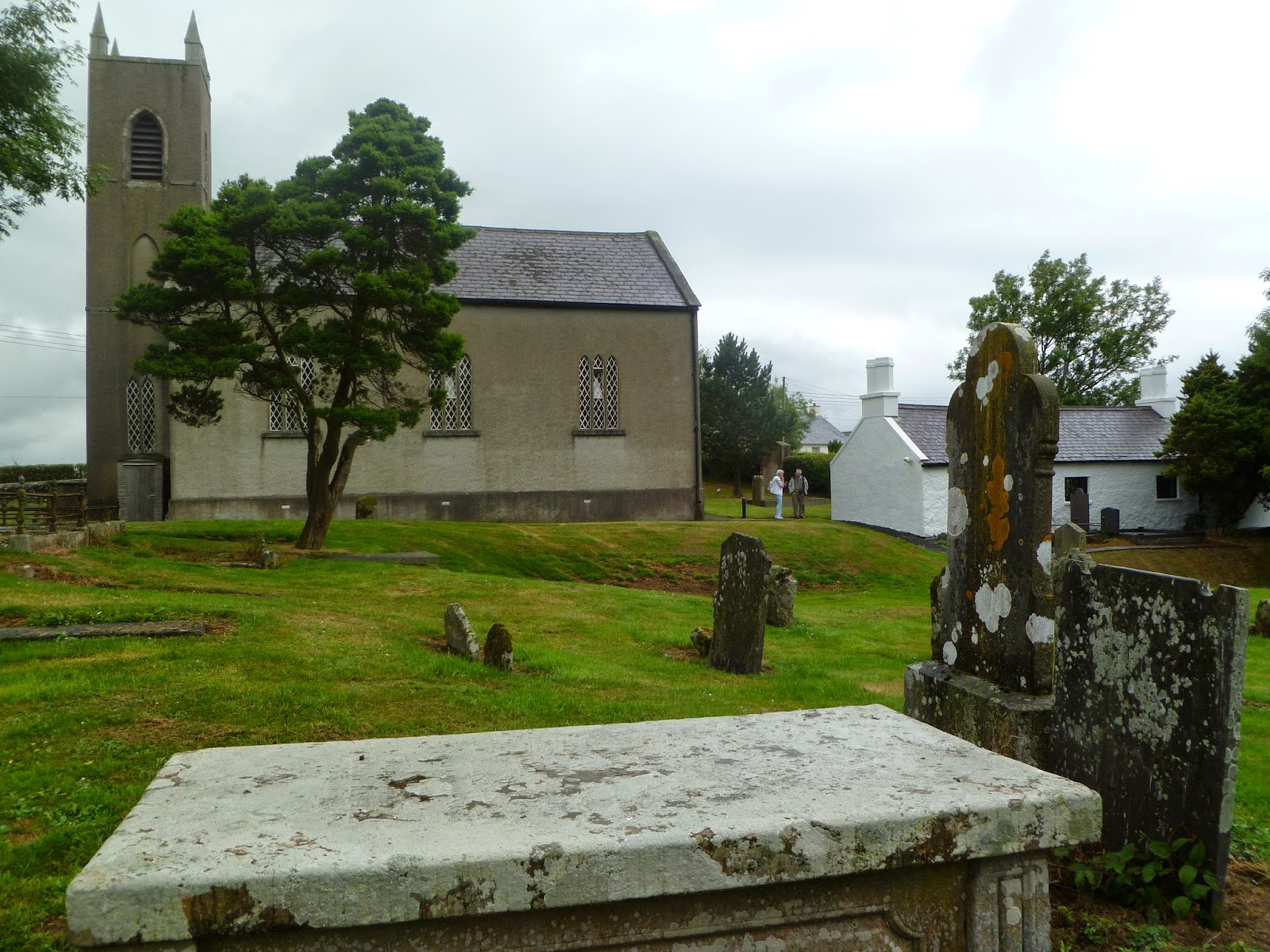 During lunch we received all the information about the Irish section of the Brontë Society, the Irish ancestry and the Drumballyroney site (schoolhouse, Church and Brontë burial plot). 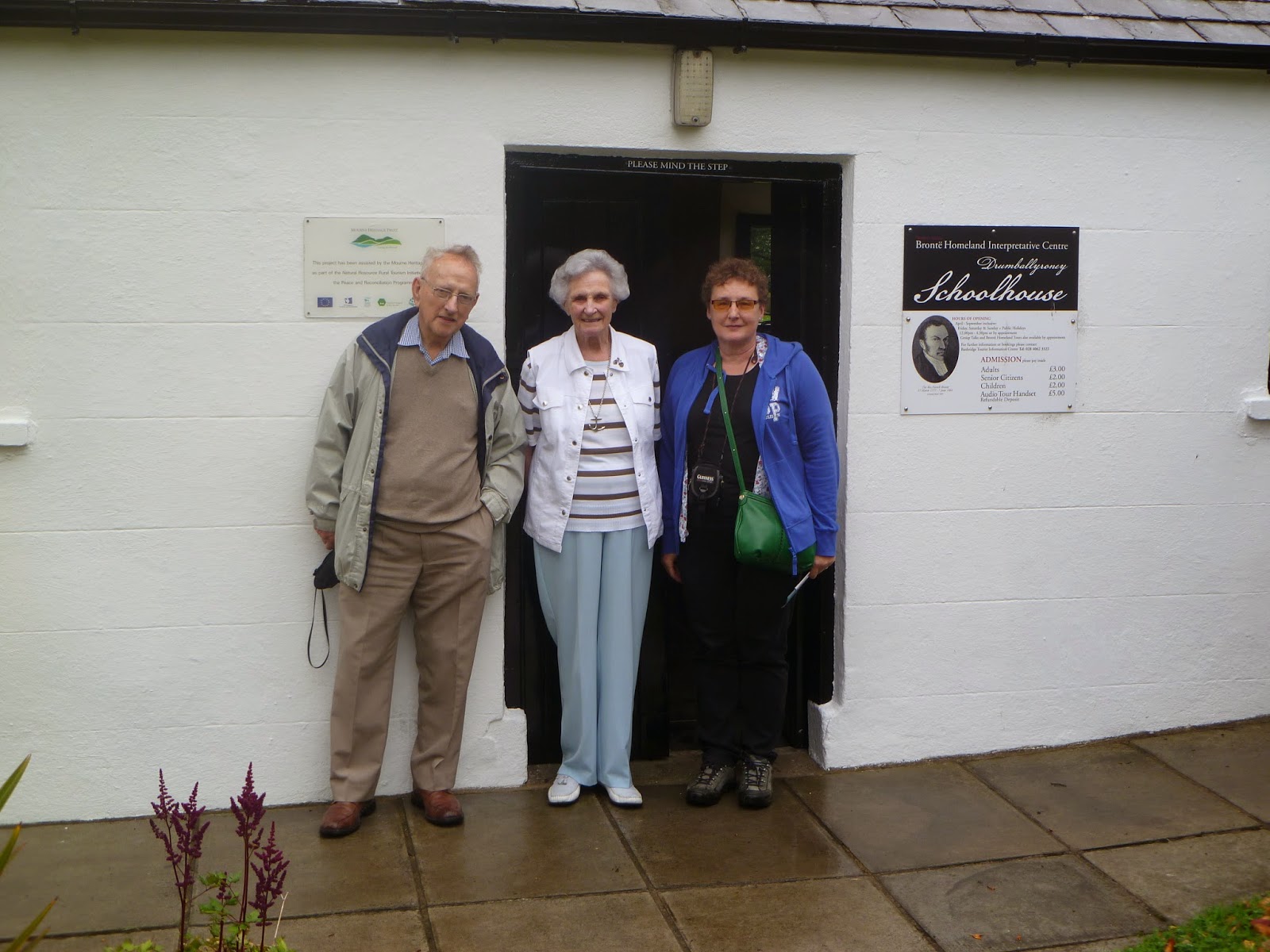 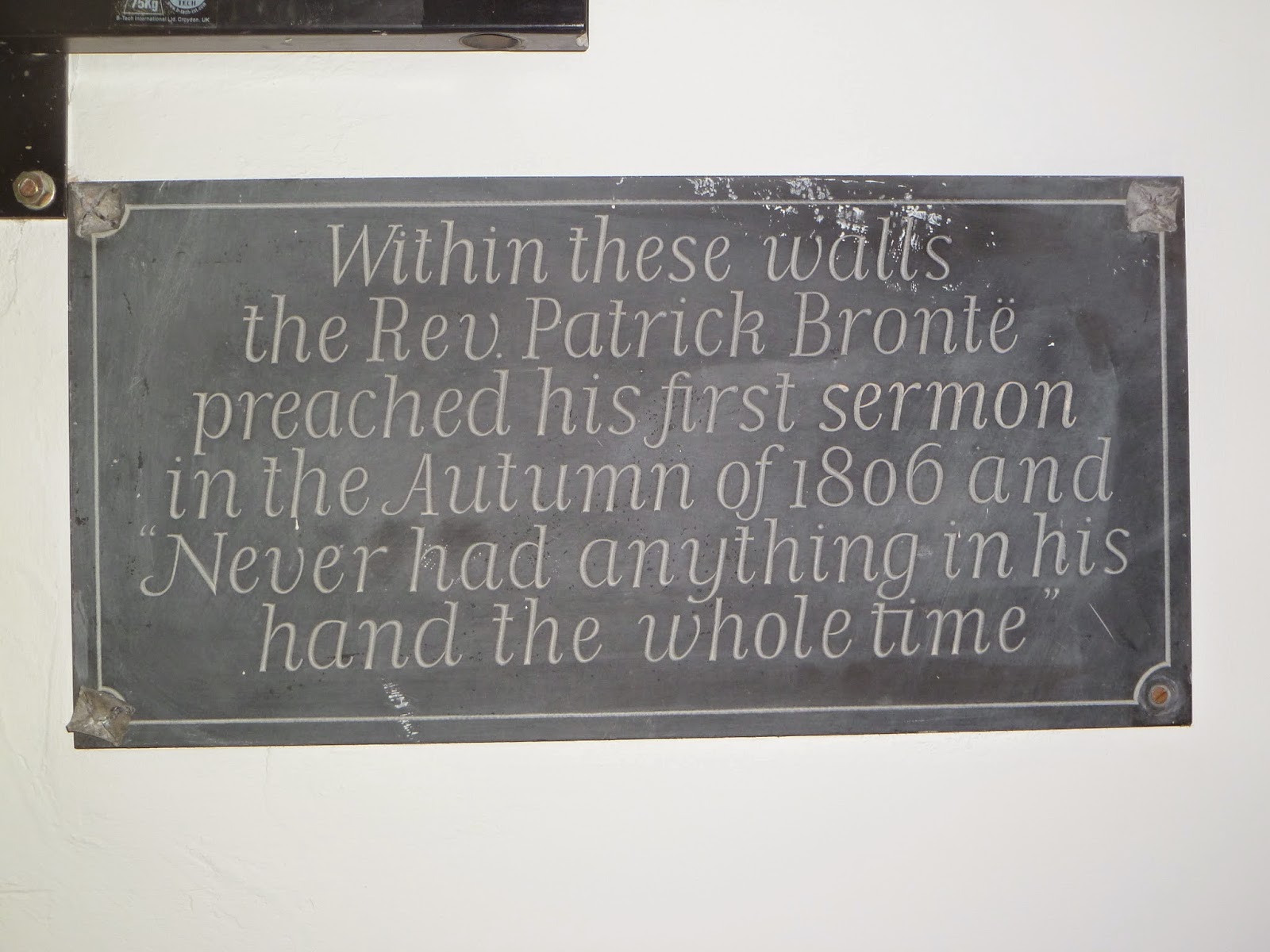 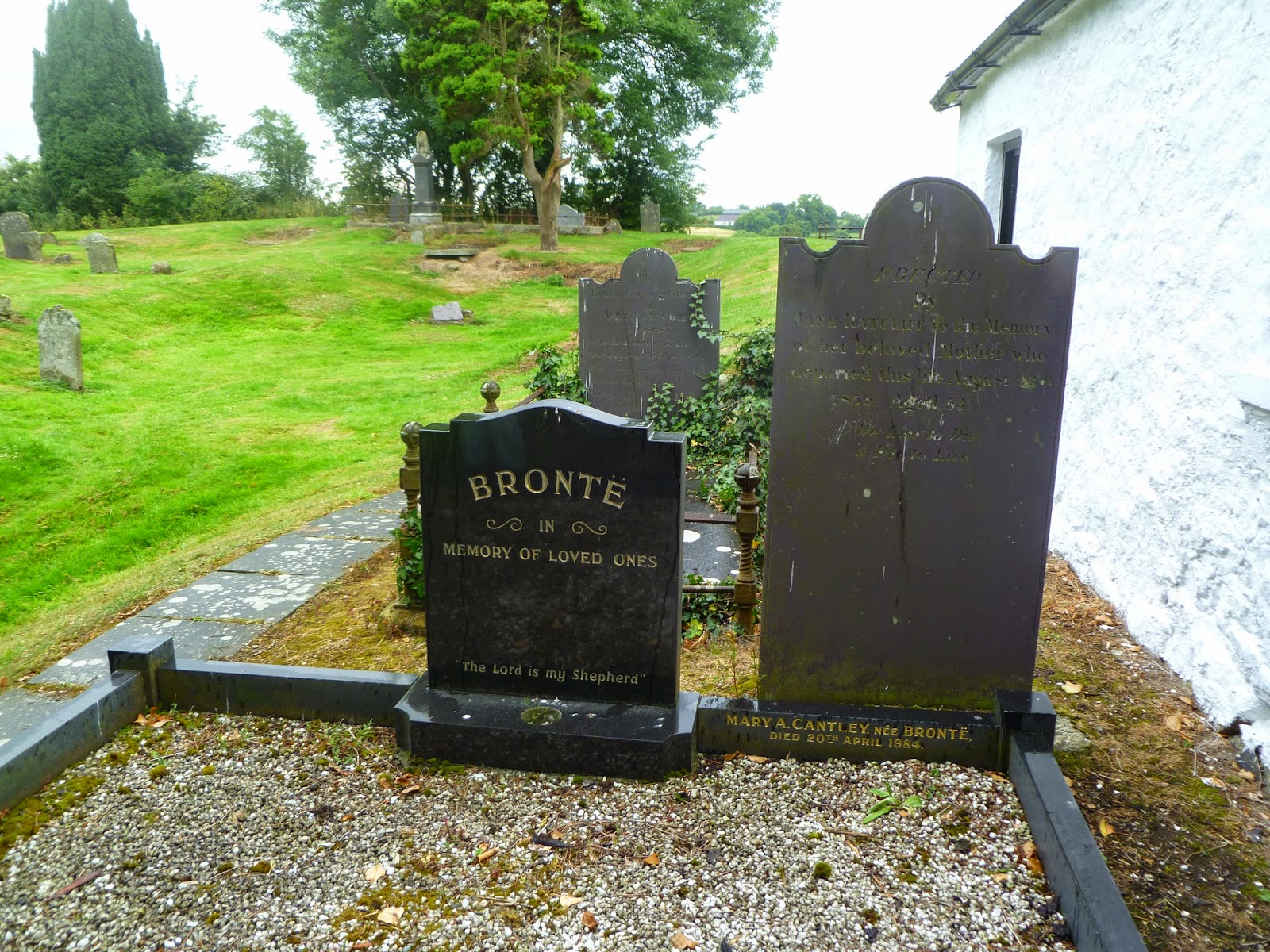 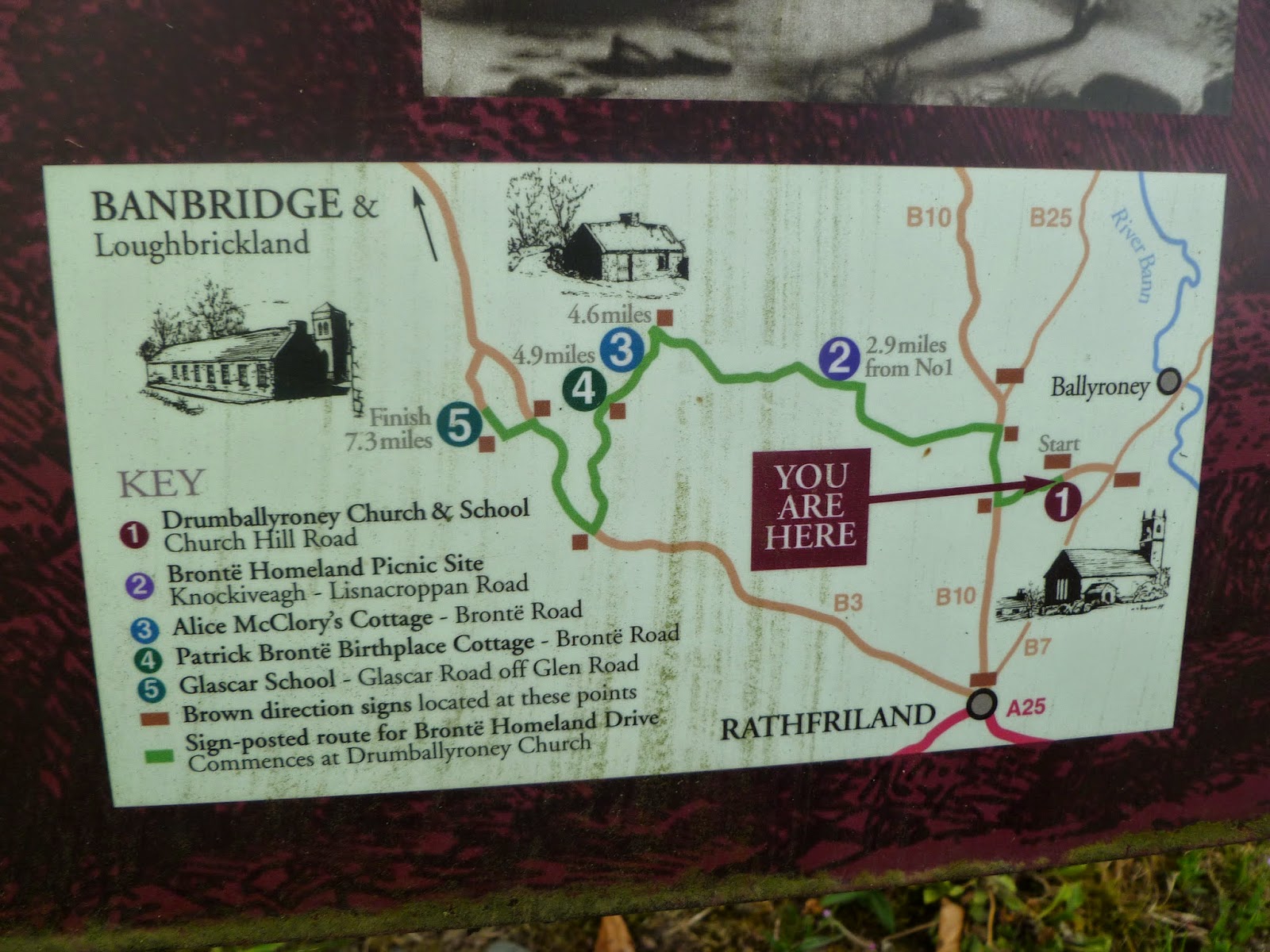 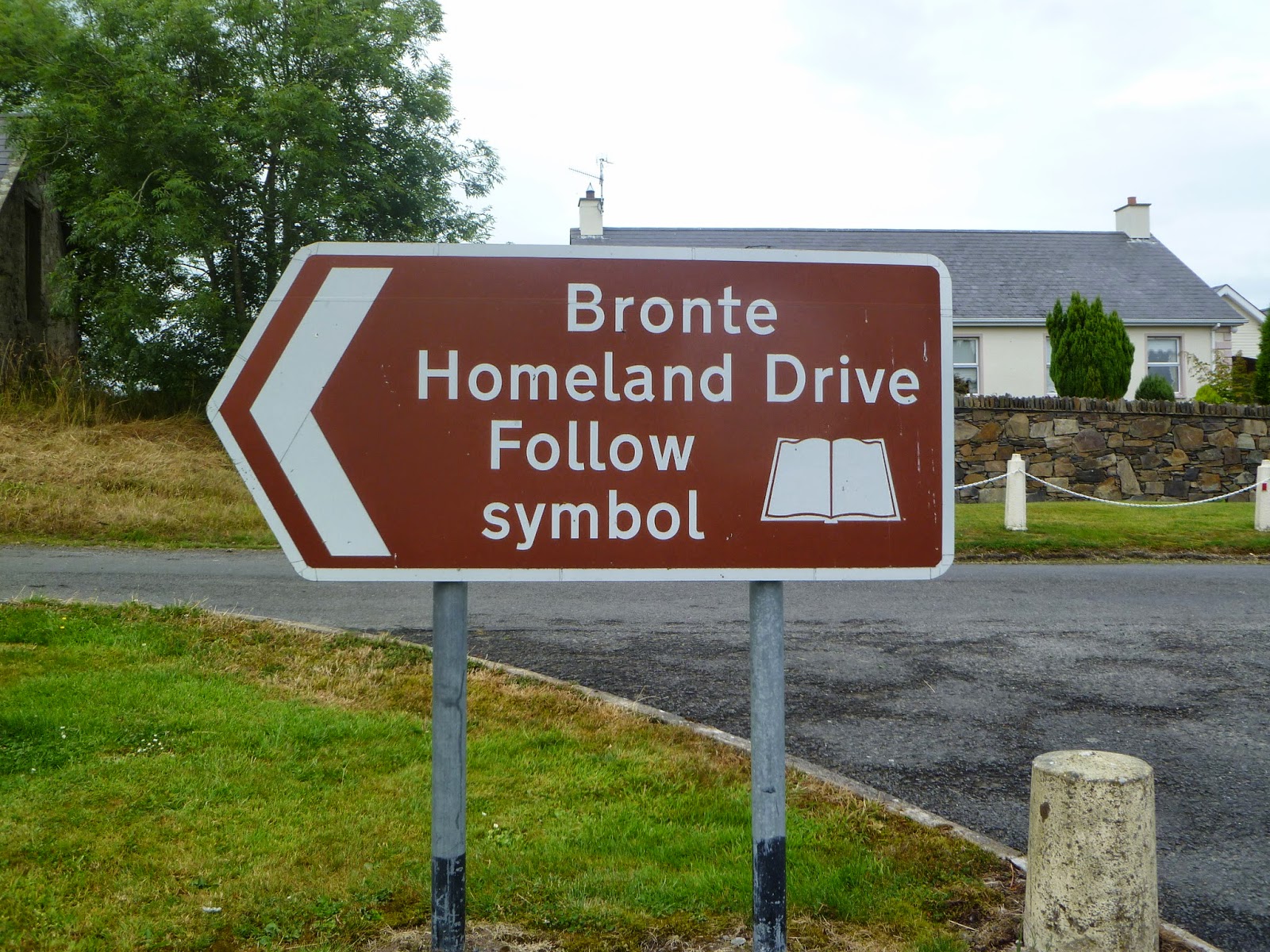 Margaret and Finny had planned to drive us around the Brontë homeland sites, so we set off in Margaret’s car. In the meantime the weather had cleared up and the sun was shining again. The drive was very well sign-posted , we just had to follow the brown signposts with the book symbol. Next stop on the homeland drive was the Brontë Homeland picnic site at Knockiveagh where you have wonderful views over the Mourne Mountains and the area where Patrick grew up. The picnic site contains the ruins of an old shebeen (an illicit drinking house). 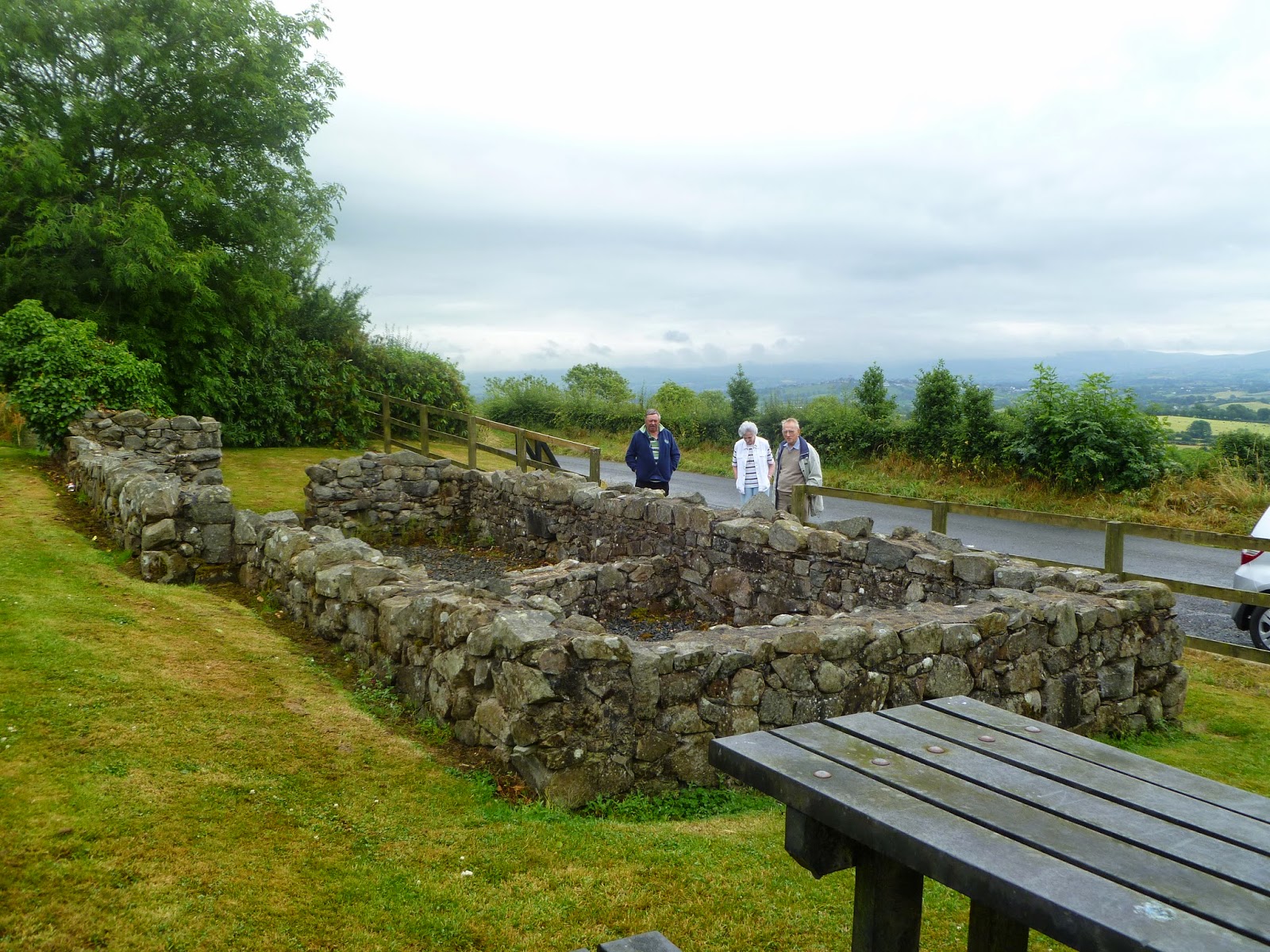 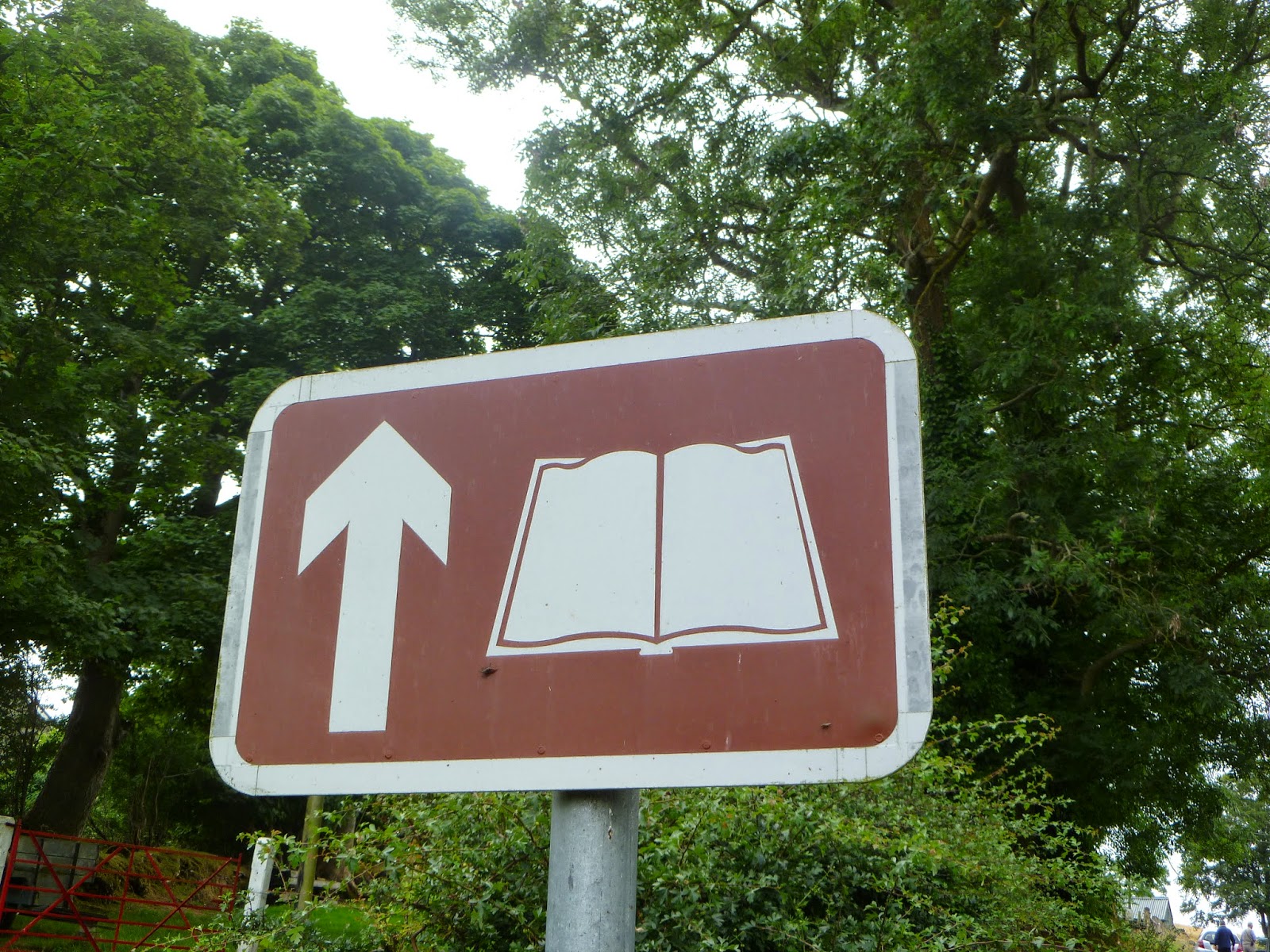 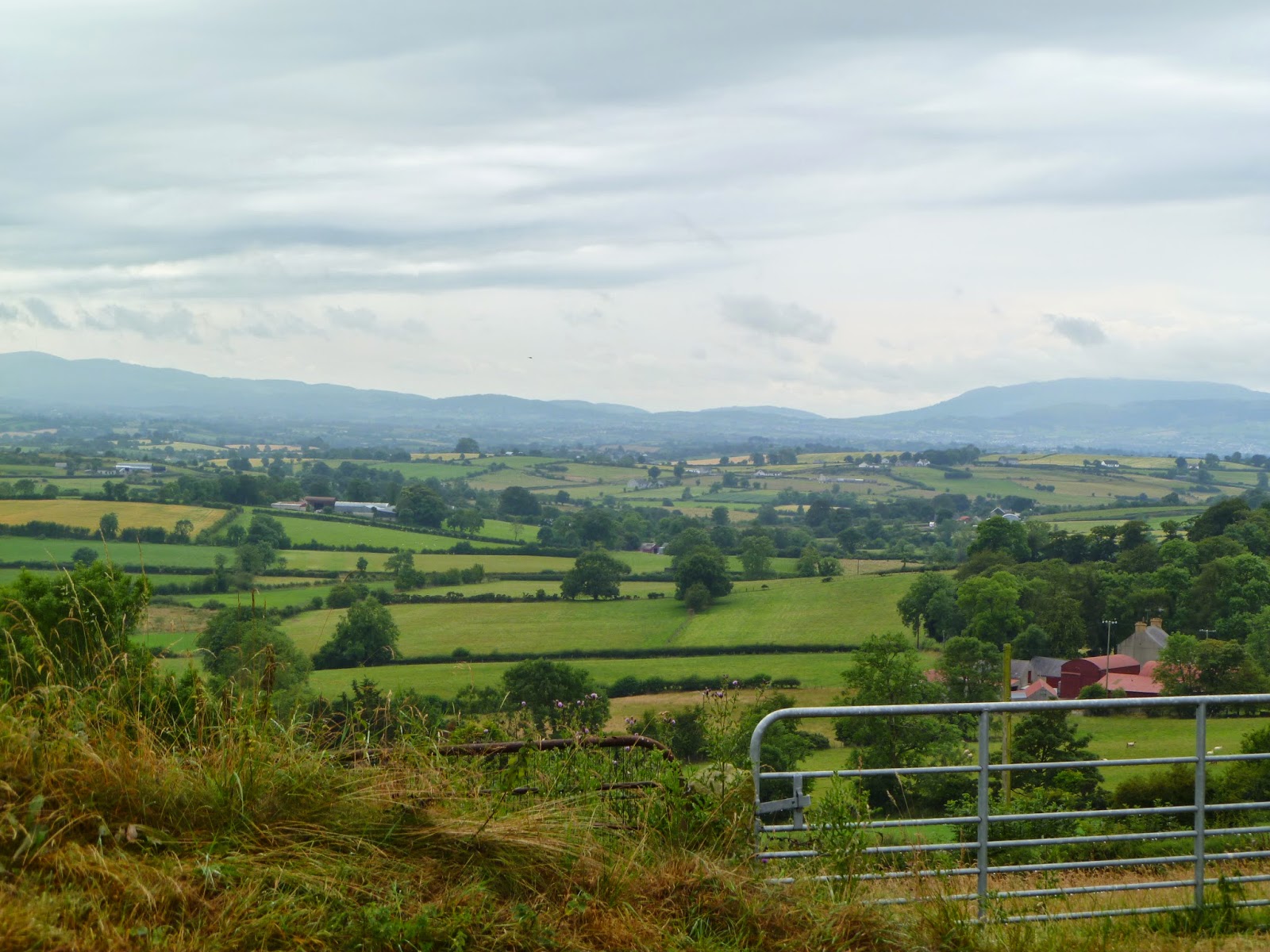 We continued to follow the “Brontë road”. We passed the two-storey house near  Lisnacreevy where Hugh and Alice brought up their family of 10 children, we passed the “dancing Glen” where they secretly met according to local legend, and arrived at the next stop on the drive,  Alice McClory’s cottage in Ballynaskeagh. This cottage was the childhood home of Patrick’s mother, and is still owned by the McClory family. The cottage was very overgrown with bushes and ivy, and it was very difficult to see how it would have looked like. Nothing has been done to keep it in a reasonable condition, and it is in a very bad state at the moment. What a shame! 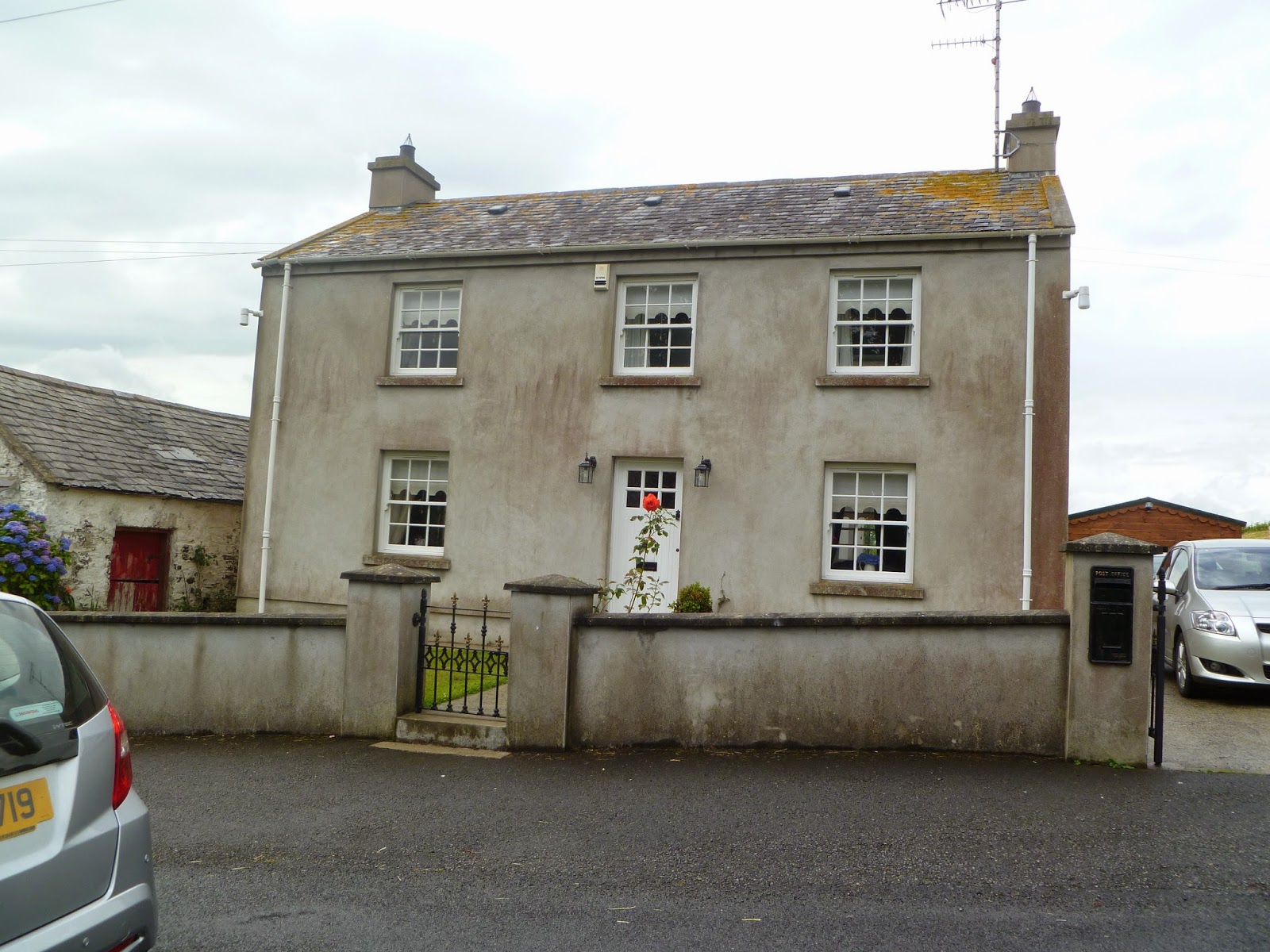 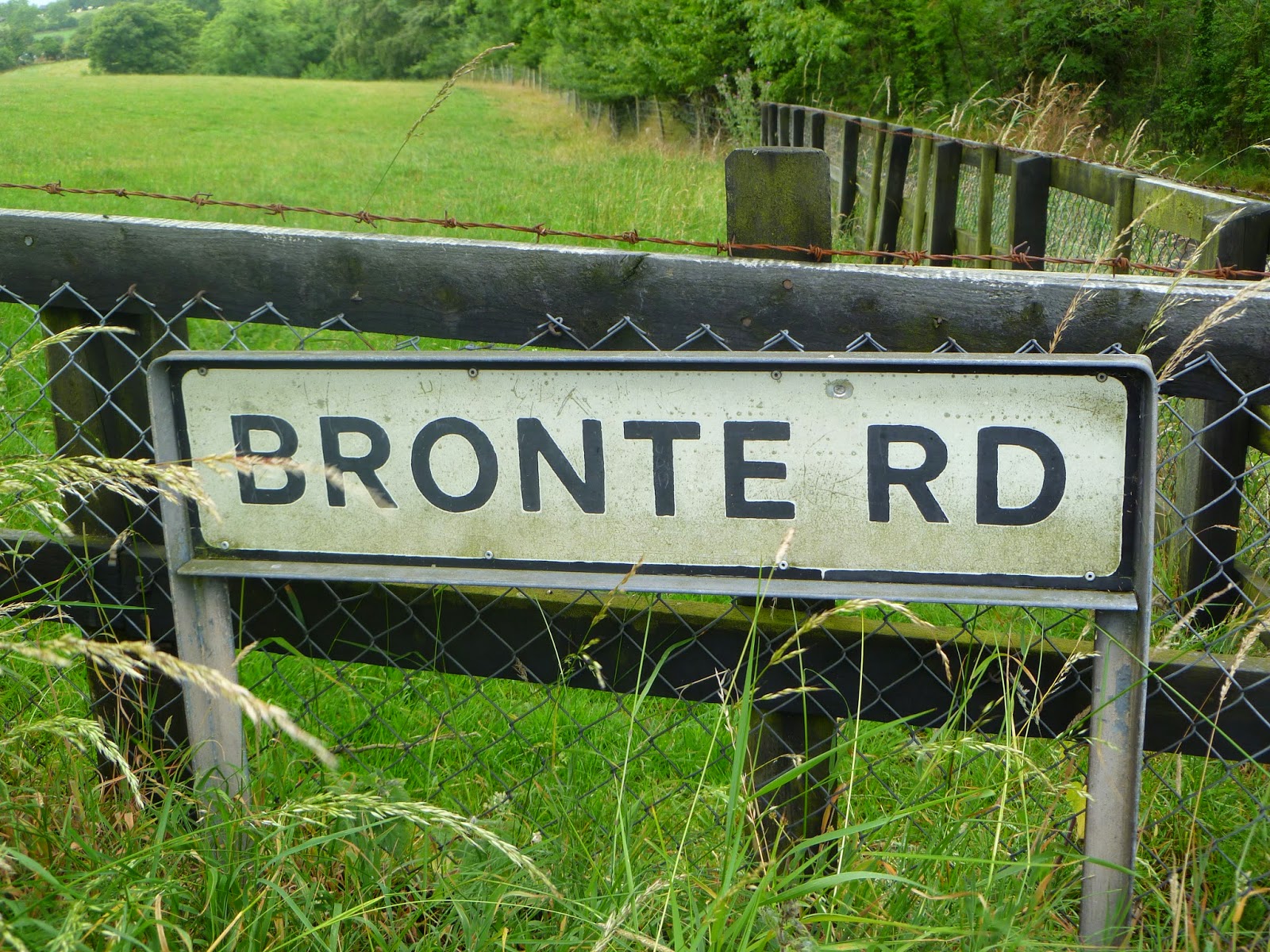 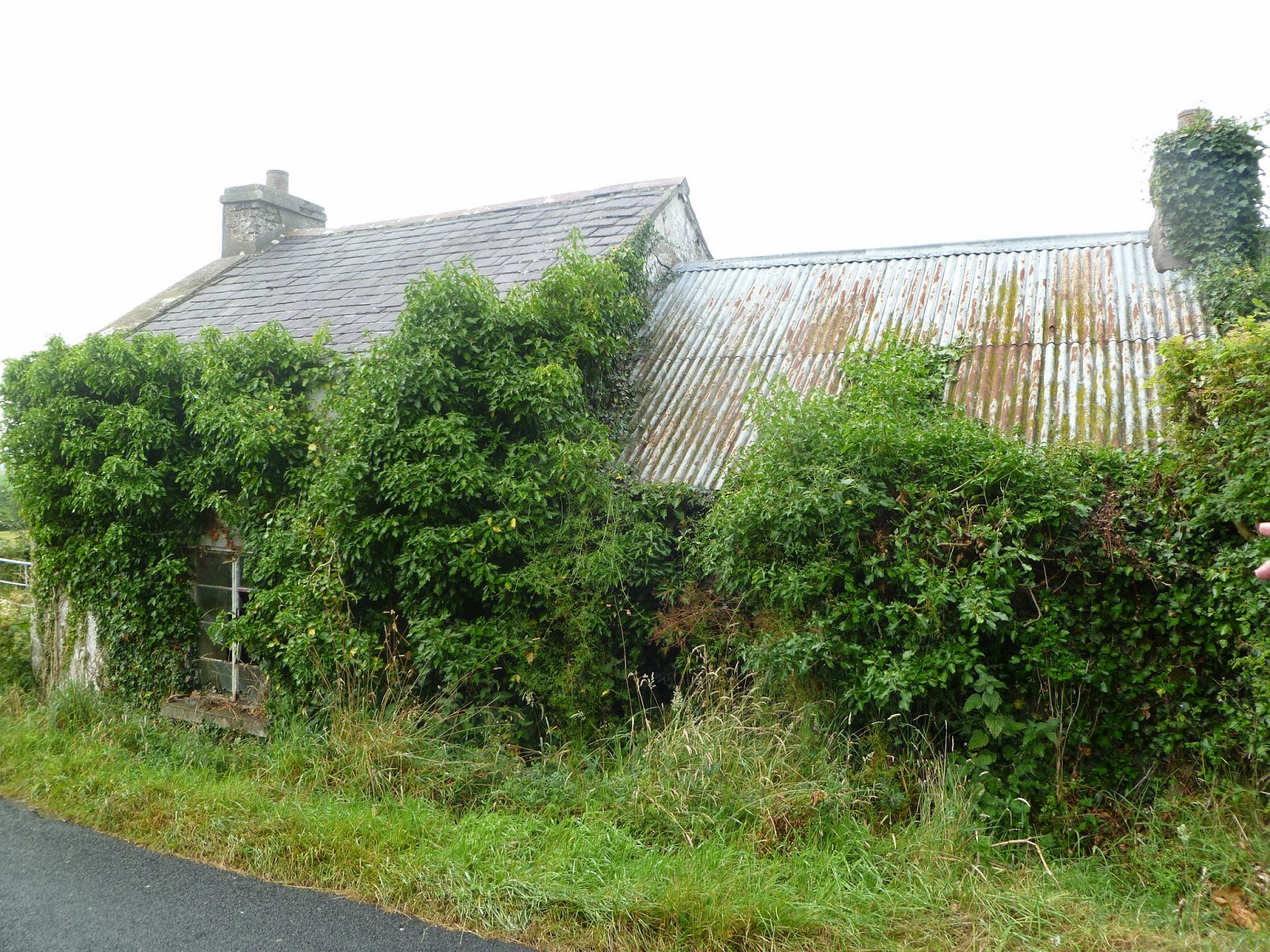 The highlight of the homeland drive was of course the Birthplace Cottage at Emdale, a small two-roomed cottage where Patrick Brontë was born on St. Patrick’s Day 1777.  Or to describe it in Patrick’s own words (from the poem entitled “The Irish cabin”):


“A neat Irish cabin, snow proof
Well thatched, had a good earthen floor,
One chimney in midst of the roof,
One window, and one latched door.”

Little remains now of the original thatched cottage, but it gives a clear impression of how an Irish family must have lived in those days.  However, to modern standards, it is difficult to imagine that a family with two children could actually live in such a small space. A lot of work has been done  to restore the walls, the site is now protected and in 1956 a commemorative plaque was unveiled at the site. 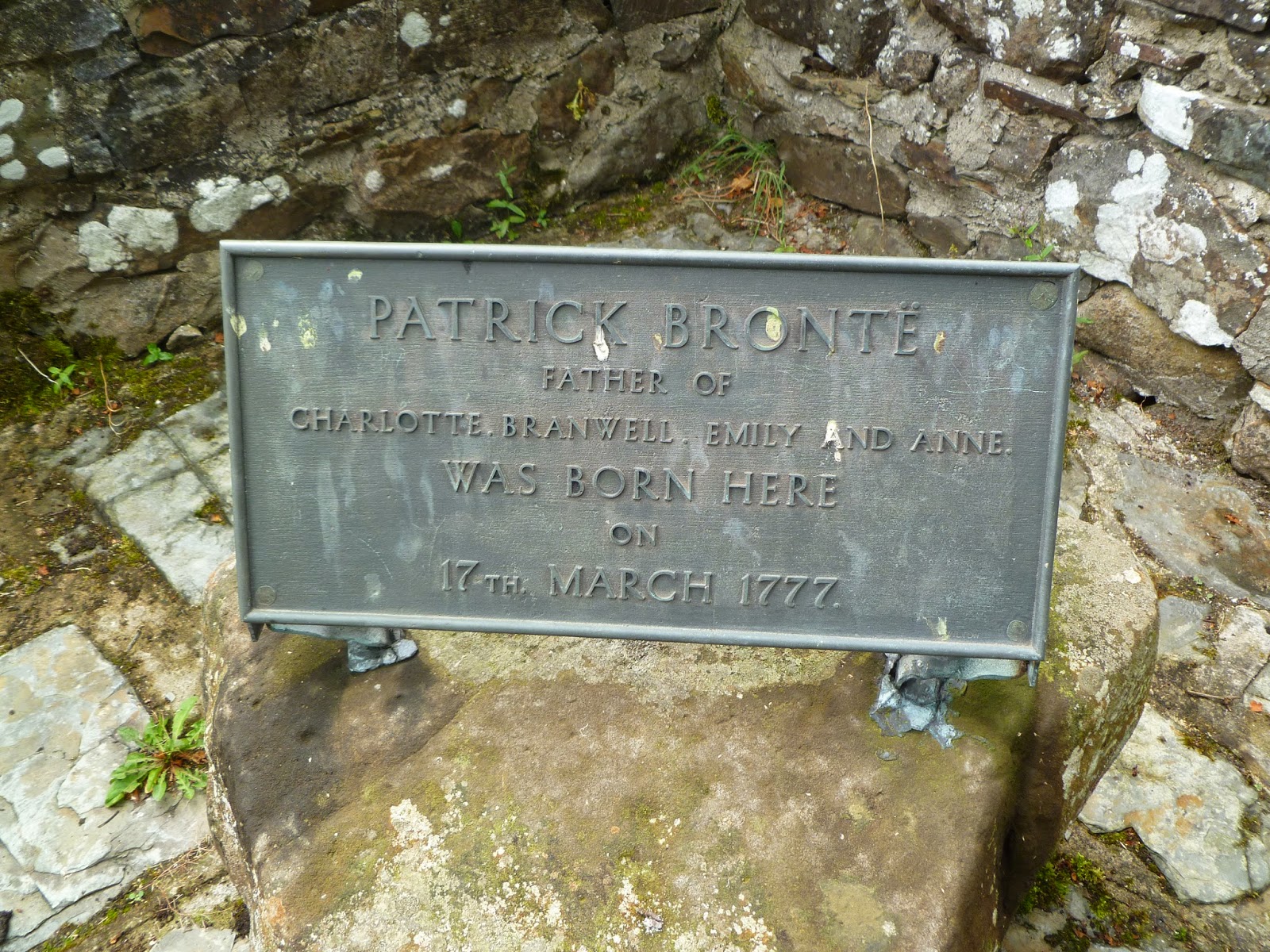 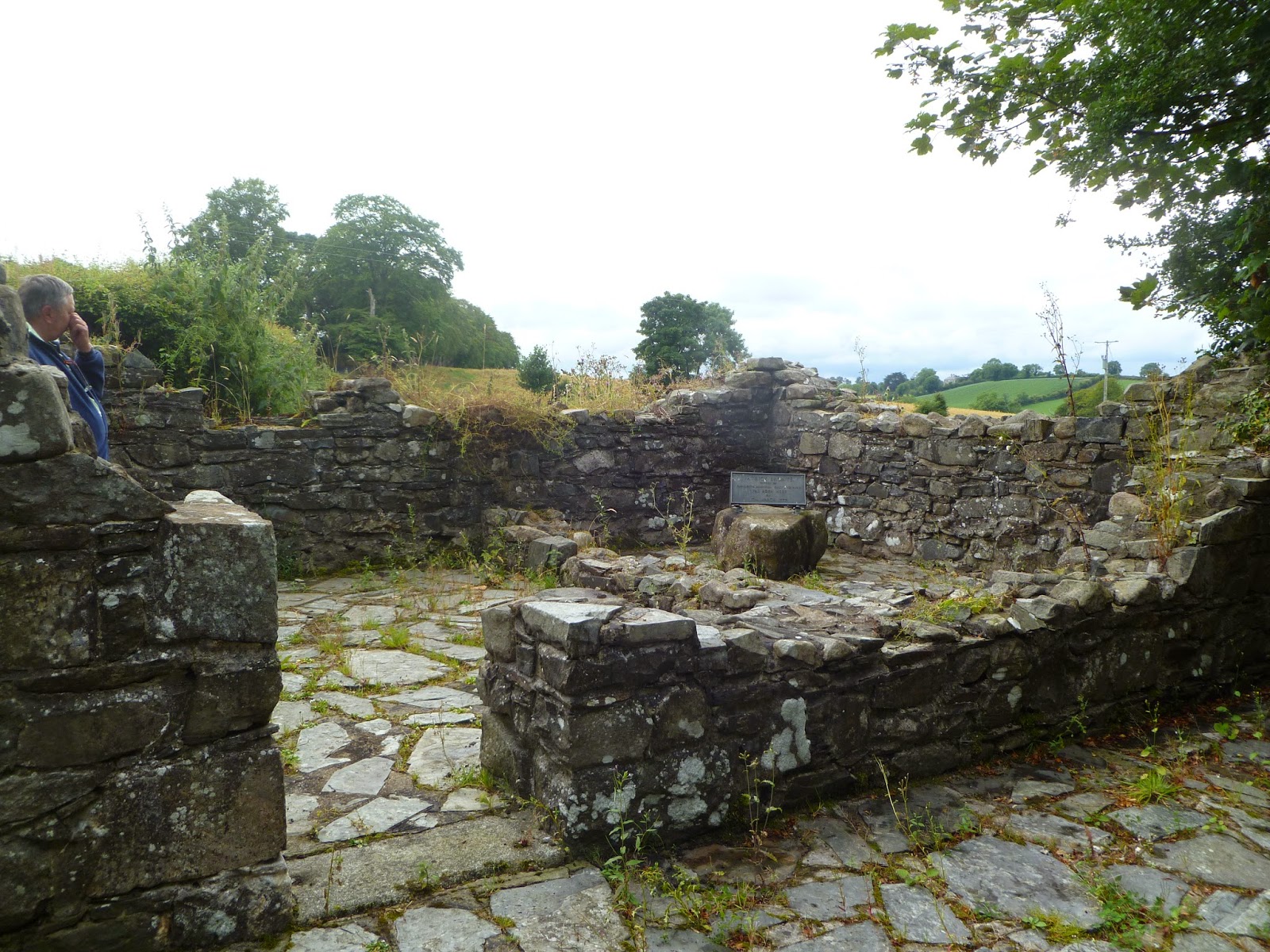 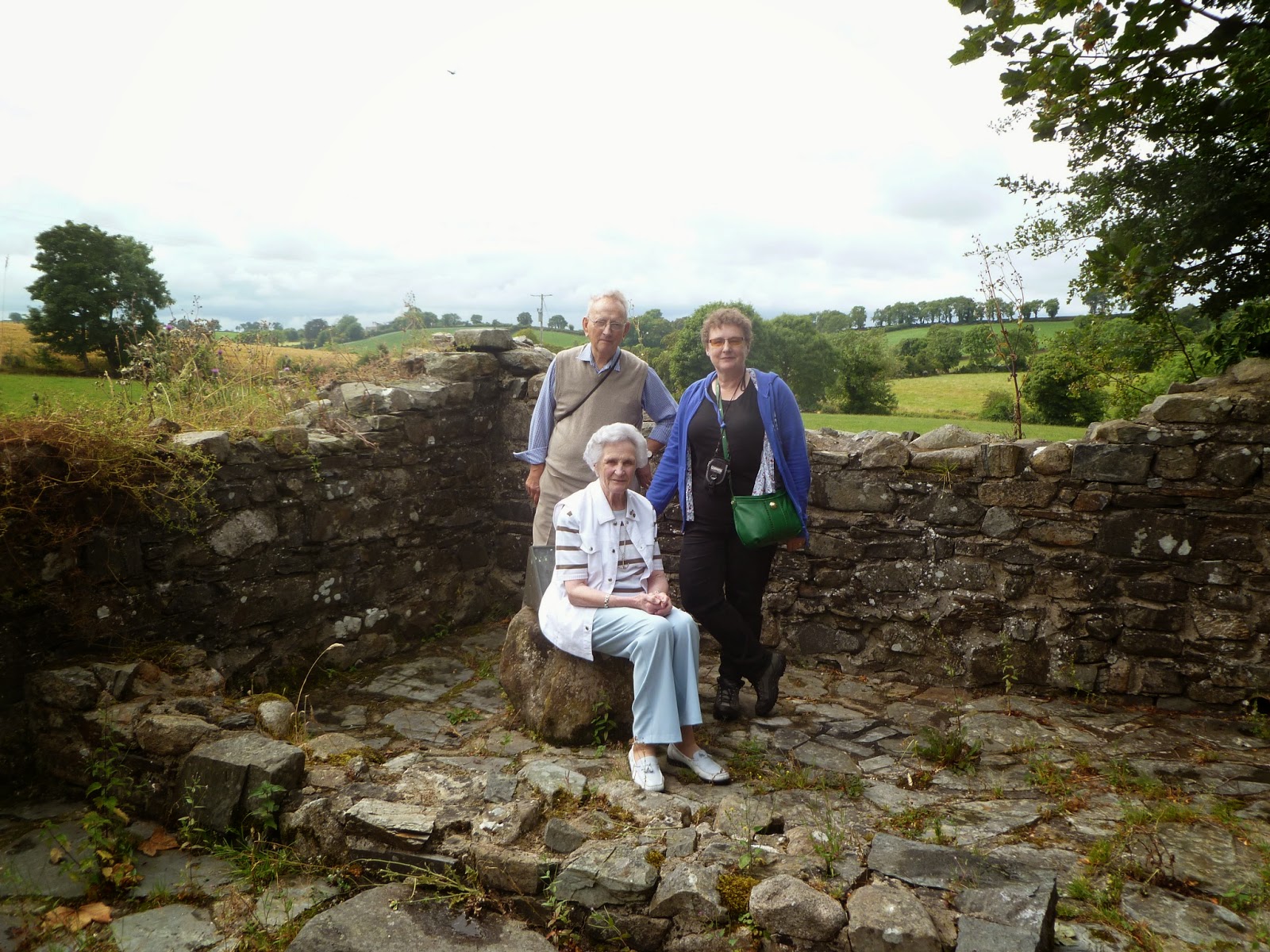 We continued the homeland drive to its final stop, Glascar Church and Schoolhouse, where Patrick had his first teaching post in the 1790’s. He was said to have used creative teaching methods in order to bring out the best in his pupils. He was dismissed from this post because he had formed a romantic attachment with one of his pupils. After this incident he took up the teaching post at Drumballyroney schoolhouse and so the Brontë homeland circle is  complete.
In the Glascar Church graveyard we could see many headstones with the Brontë name. Descendants of the Irish Brontës are still being buried here. 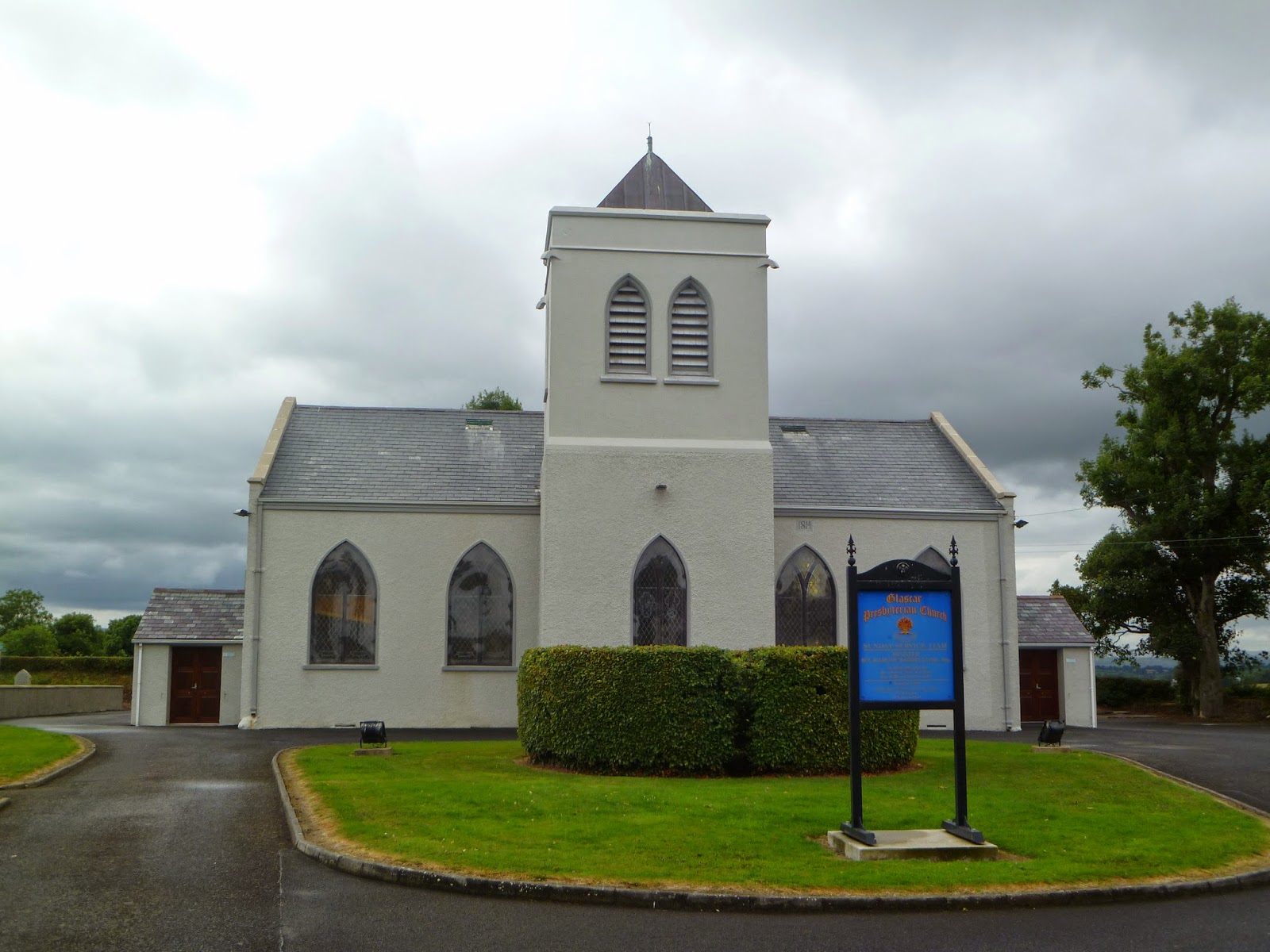 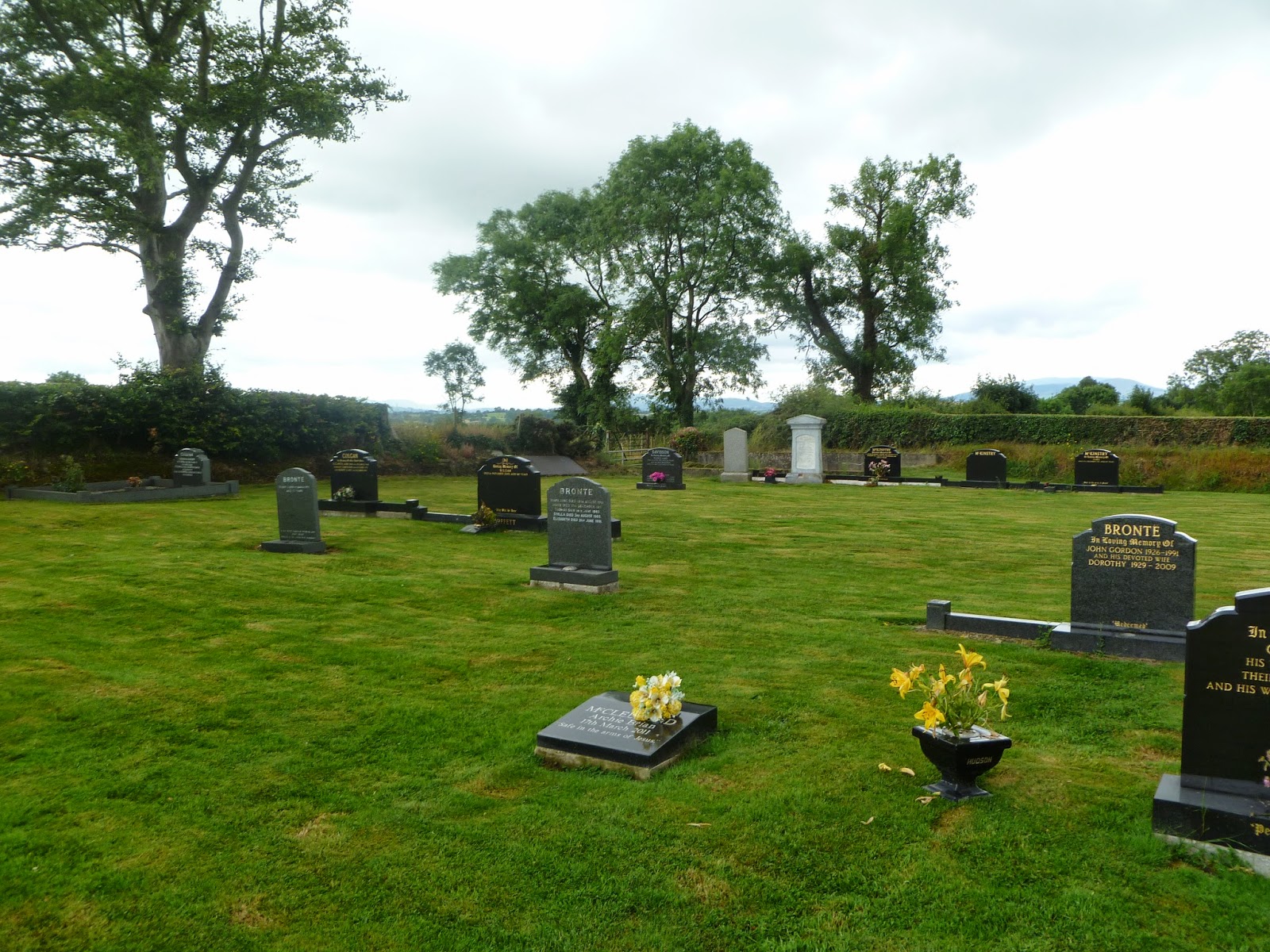 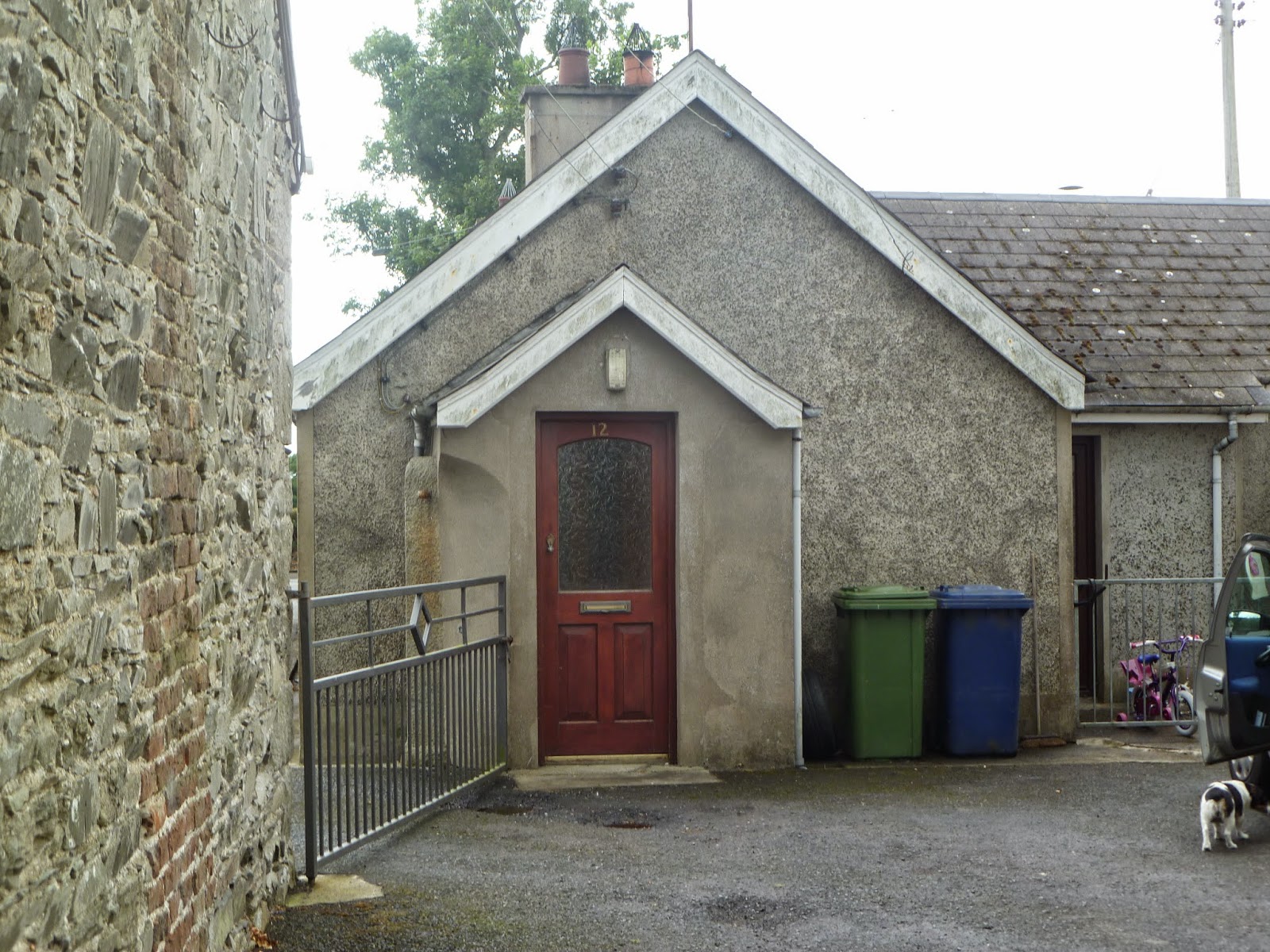 We then went back to the Drumballyroney Schoolhouse, still enjoying the wonderful views and the countryside that Patrick Brontë knew as a child and a young man.

It had been a very interesting and  informative afternoon with Margaret and Finny. One can learn a lot about the Irish Brontë story from books on the subject but having actually seen and visited the sites and having received the information from Margaret and Finny who had so much more to tell about the Irish Brontës and the stories behind the sites, made the Brontë homeland drive so much more interesting to me and gave another dimension to my knowledge on the Irish ancestry.
I was really glad that we had the opportunity of doing the drive with people like Margaret and Finny who knew the places so well. I’m convinced that if we would have had to do the drive on our own, although it is signposted, we would have had great difficulty in finding some of the spots (eg Alice McClory’s cottage well hidden behind bushes and ivy).

We took our leave from Margaret and Finny, thanking them for the time they had spent with us  and the information we had received.

On our way to the B&B in Rathfriland (very close to the Drumballyroney site) I  reflected on the afternoon and enjoyed the satisfaction that I had finally completed my own Brontë circle!

I'm struck by 'Bronte Road'. When can we have a 'rue des Brontesstraat' in Brussels?