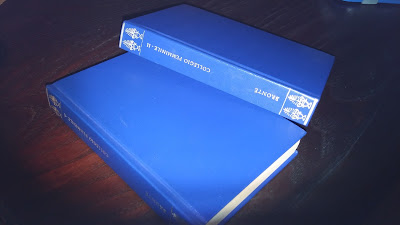 
In 1997 a further edition of Villette was published by Frassinelli with the title L’Angelo della Tempesta (696 pp., fig. 6), whose translator and editor was Lucio Angelini, a famous Italian writer and translator. In this one Charlotte’s French sentences are translated in the notes at the end of the book. This translation  was considered by Aldo Busi, by then chief editor at Frassinelli, ‘the most beautiful and musical of Angelini’s, a masterpiece to use in any Italian translation course’. L’Angelo della Tempesta has been reprinted in March 2016 by Oscar Classici Mondadori (704 pp.,fig. 7).


A new reprint of Villette with this same title, published by Newton Compton (MiniMammuth) with the original translation by Marcella Hannau Pavolini (fig. 8) is also on the Italian book market from 2016 (without any introduction, 510 pp.), due to the recent growing interest in Charlotte Brontë’s beautiful last novel.