The Villette and The Professor Translations – New Acquisitions

In the last few months more translated editions of Villette and The Professor have been published. And recently two more Villettes were announced to be published in a few months time. These new acquisitions will be presented here, as well as an update on the statistical figures, showing what a successful year 2016 has been. It is for instance the best ever year for The Professor, with 12 editions so far.

A few months ago, at about the time the Brazil article was published, a second Brazilian 2016 Villette was published by Marin Claret from São Paulo. It was translated by Solange Pinheiro (856 pp.). She has also translated Wuthering Heights. 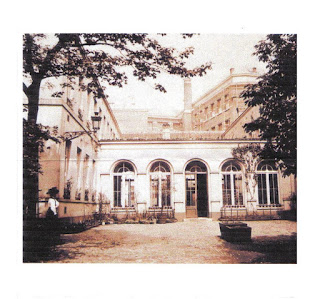 At about the time the article about Finland and other Nordic countries was posted a new Finnish The Professor was published. It’s a second edition of the translation of Inkeri Koskinen, again published by Tammi. It has the same amount of pages (331), but a different, fairly dull, cover.

Another acquisition to the collection is a picture of the previously unknown 1975 French Hubeau translation cover. The edition was described in the third French Villette article. It will though probably have had a still missing illustrated book jacket. 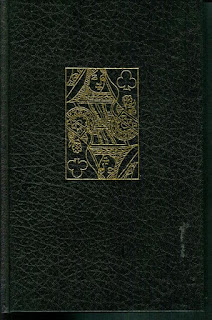 Since the first statistical analysis article was first published more translations of the Brussels novels have been found, so it had to be updated a few times. One or two mistakes were found in the list of all editions, and a few new editions were found when writing about the French translations. The tables have now been updated again. The list of all translated editions of Villette and The Professor in the second statistical analysis article has also been updated.

The year 2013 is still the best year, with 20 translated edtions of both novels. The year 2016 is now solely on second place, with 16, 1 ahead of 2014. The present decade is, after a mere six years, already the best decade for both of the novels. Two editions that have only been announced yet give 2011-2017 the Villette lead. It brings the score to 37 editions, against 35 for the previous decade. The present decade has a The Professor lead of 10, with 52 editions already, against 42 for 2001-2010.

2017
Earlier the Brazilian publisher Pedrazul had already announced a new translation of The Professor which is to be published this new year. Now two 2017 forthcoming editions of Villette can be added. They give this new year a good start. It would be a surprise if 2017 doesn’t get to 10 editions at least.

The Danish publisher Gyldendal from Kopenhagen has announced it will publish a Villette on the 1st of March. It is probably a new translation, and not yet known who did the translation. It is an abridged version, with 350 pages only.  The cover is also not yet known.

In April a new Finnish Villette will be published, by WSOY which published the first six Finnish Villette editions between 1921 and 1966 (500 pp.). It will surely be the old Tyyni Haapanen-Taalgren translation, first published in 1921. It will get her thus to a 96 years stretch, 22 years ahead of the second most successful translation of Villette, in terms of years.

The new acquisitions bring the total score for Villette to 218 translated editions and for The Professor to 170, and their total to 388. In about a year’s time we should reach the 400 mark. Hopefully we will then also have been able to add one or two more languages.

Below you will find a list of links to all the countries or languages which have hitherto been researched.