Emily Brontë: “I wish to be as God made me” 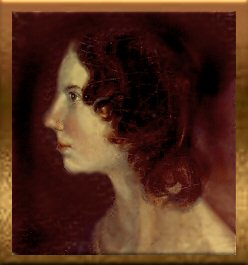 2018 is the year of Emily Brontë’s bicentenary. As I am a massive Emily Brontë fan, this year is important for me. I sometimes wished that I could have taken a sabbatical year off to go to all the events that have been  organised to celebrate Emily’s 200th birthday. But sadly, I have to limit my taking part in the celebrations to the BS conference in York (in September) and afterwards my annual visit to Haworth.

My husband and I go to Ireland (and England) on our holidays every year and for both Charlotte’s and Branwell’s bicentenary I have found special places to visit that were related to the travels of these Brontë siblings. For Charlotte her honeymoon in Ireland was a very good topic to explore in Ireland, for Branwell the Lake district was the selected area.  I reported on these travels on the BBG blog.
In Emily’s case that was more difficult, she was not really someone who travelled a lot. Apart from her work as a governess at Law Hill, she only travelled to York (with her sister Anne) and to Brussels (with her sister Charlotte). Both these destinations were not really a good option to write about or to visit: Brussels is for me not a special destiny to travel to as I work there (and this subject has been dealt with in great detail by our own Helen in books, articles and presentations), and the BS conference on Emily this year is taking place in York.

Therefore, I had to find something else to do during my holidays to remember Emiliy Brontë and to celebrate her special birthday. My only option left was reading the many books (old and recent ones) that have been written on Emily’s life and work. And reading I did! A lot! Even while in Ireland, Emily was not out of the picture. One Tuesday morning I went to the newspaper agent and what did I see: “Ireland’s Own” (an Irish magazine) featured Emily Brontë’s bicentenary (“The unforgettable Emily Brontë”): five pages on Emily’s life and work. Nothing new, of course, but still it made my day! 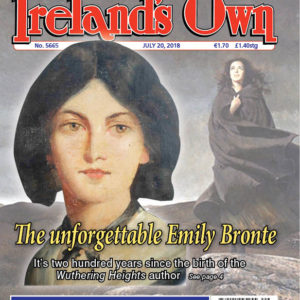 It is remarkable that we know so little about Emily and still, so many books have been written about her.  There is little autobiographical evidence available that Emily has directly left us (compared to what we know of Charlotte from her letters and writings, and people she knew). Emily remains in many aspects a mystery, and that is the reason why so many (false?) myths about her  have come into existence.

When I started reading the Brontës at a young age, Emily was the one that immediately stood out for me. Her only book “Wuthering Heights” appealed to me directly, and when I read the biographical information available to me in Dutch, Emily was the Brontë sibling I could immediately  identify with at that young age. Later, when I had studied English and  more books on the Brontës became available to me, I learned to appreciate her wonderful poetry, which again stood out from the poetry of the other Brontës.

I began to create a very distinct picture of Emily, as I read all of her work and her biographies: she was a shy and private person, loved animals, loved nature (and especially the moors around Haworth), she was not selfish and cared for her family, she was a strong person (both physically and mentally), she loved her independence,  she was a free spirit.

I hurt me to read that over the years so many people, including her own sister Charlotte, have painted a picture that I cannot relate to Emily: that she was odd and weird, anti-social, a people –hater, mad, selfish, and much more of this nonsense. It was a real pleasure for me when I discovered a new book on Emily that was published this year and that tried to debunk many of the myths that have been created over the years: “Emily Brontë Reappraised - A view from the twenty-first century” by Claire O’Calloghan. 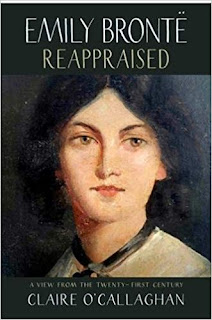 In this book the author deals with many aspects of Emily’s life, her personality, her relationships and her work and answers some of the questions that have been raised about Emily. Some of the themes she deals with are:
- the biographers’ tales: this  includes “the biographical notice of Ellis and Acton Bell” written by  her sister Charlotte in which Charlotte tries to “correct” the image that the world had of Emily and Anne from their books. Charlotte may have had good intentions (she loved her sisters) but the portrayal of Emily was not fully correct, and this portrayal of Emily has persisted after her death. For instance, also in Gaskell’s “Life of Charlotte Brontë”  Emily’s portrait was not always kind and fair. Gaskell got her information from Charlotte, she had never even met Emily! However, other biographies have challenged the notion that was presented by Charlotte and Gaskell and have come to Emily’s defence (Robert Barnard, John Hewish, Lucasta Miller). Emily’s own biographical silence leaves room for misunderstandings of her personality. Some biographers have associated Emily with various medical conditions such as anorexia, agoraphobia, autism. Claire O’Callaghan tries to explain and correct this image. Also the notion that Emily was unfriendly, brutal, bad, anti-social is corrected by using the descriptions of people who knew Emily (Louise de Bassompierre, Ellen Nussey and even Constantin Héger).