Charlotte’s Quarrel With the English Gentleman in 'Villette'

Karen Hewitt is the type of speaker that we really appreciate here at the Brussels Brontë Group. Not only is she very charming and personable in her delivery (even on Zoom), she also considers the Brussels-based Villette as Charlotte Brontë’s best novel. 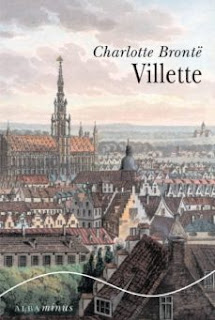 On October 7, she gave a delightful virtual talk on “the English gentleman” in Villette. And even on Zoom, the Q&A after her talk was just as engaging as the talk itself.

Karen delineated what it took to be an English gentleman in the nineteenth century (too complicated to include here). Her bottom line: “There are no English gentlemen now.” (To which many attendants begged to disagree, I’m sure.)

One example of a gentleman was Patrick Brontë, Charlotte’s father, who worked hard to earn this status, gaining a scholarship to Cambridge University and then being ordained into the Church of England, one of the few avenues to gentleman-hood available if your family wasn’t already there. So Patrick Brontë was a gentleman, and his daughters were therefore the female equivalent – ladies.

But Charlotte and her sisters were well aware that her family was just on the edge of this “caste.” And Jane Eyre is in a similar position, with limited opportunities to earn a living. “So there are many questions about social status in Jane Eyre, but they are not about the question of being a gentleman or a gentleman’s daughter,” Karen said.

Not to worry – the question is posed and discussed and debated in a host of 19C novels. Karen, long-time Tutor in Literature at Oxford University Department for Continuing Education, gave us a quick tour through the main ones: Anthony Trollope, and especially The Last Chronicle of Barset; Elizabeth Gaskell and North and South; George Eliot with Daniel Deronda and Middlemarch; virtually all of Jane Austen, and Karen picked out Emma for special comment: “If you want to look at gentlemen, this is such a brilliant novel.”

Villette, however, is different. While gentlemen and ladies people the novel, Charlotte Brontë has her heroine, Lucy Snowe, pair up with a “thoroughly unsuitable man” (M. Paul) instead of with the quintessential English gentleman (Dr. John). “How can Charlotte Bronte do that, when all English tradition says that our heroine should marry the English gentleman?” Karen asks. “Charlotte Brontë has to show why Lucy is right to reject the good, decent, ideal man, whom she is in love with; and to learn to love the thoroughly unsuitable man, whose religious beliefs she despises.”

The key to how the author accomplishes that, Karen says, is in Chapter 23 – Vashti – in which Dr. John takes Lucy to the theater to see the famous actress, and a fire breaks out. Lucy Snowe is enthralled by Vashti’s performance, captivated, and she describes it like this: “It was a marvellous sight: a mighty revelation. It was a spectacle low, horrible, immoral.” But when she looks over at Dr. John to see how he is responding to this extraordinary spectacle, he is watching “not with wonder, nor worship, nor yet dismay, but simply with intense curiosity,” Lucy tells us.

It was terrific to hear Karen paraphrase this scene with such passion:

“And the moment that she says `Cool young Briton’, and then she says that he was as cold as `the pale cliffs of his own England,’ and you think: His England?; it’s your England. Except at this crucial point, it’s not. She’s identifying herself with the non-English as she thinks about him.”

Lucy realizes that Dr. John “doesn’t feel as strongly and intensely as she does.”

Then in the fire two pages later, Dr. John is a “cool, controlled young Briton,” who escorts people out of the theater. “He is doing all which is admirable for somebody who is an English gentleman,” Karen said. “But Lucy decides that this is not what she wants. And fundamentally, she is rejecting not just this man, but the social and cultural values, the reasonable, charmingly flippant, not serious, not passionate, sort of values which are those which are represented by ‘the English gentleman’.”

So Lucy undermines our expectations and chooses the “self-dramatizing Catholic foreigner” over the idea of the English gentleman.

But still it wasn’t easy for the couple. “With M. Paul, we have someone who thinks different from Lucy, and they’ve got to argue themselves into love,” Karen said.

For much of the novel, Lucy Snowe is “cold and calm,” reflecting the name that Charlotte has given her. “So much so that we might say that she is the epitome of an English lady, except that she’s quite obviously not at all,” Karen said, calling Villette “not a comforting novel.”

“It’s not a comforting novel because Charlotte Brontë is taking us into very strange places,” Karen said. “But it’s because of that that I think it is the greatest of her works.”

Karen Hewitt is a long-serving Tutor in Literature at Oxford University Department for Continuing Education. She also teaches English Literature and British affairs in various Russian universities, and is an Honorary Professor of Perm State University. She was awarded an MBE for her academic and cultural work in developing relationships between Russia and the U.K.