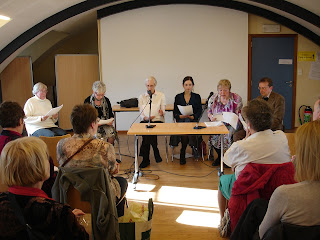 We prepared for the talk by reading Villette in our reading group. There was so much interest that in addition to our meeting of regular members of the reading group, we organised an extra discussion just before Maureen's talk for all the other people eager to talk about the novel.
Posted by Helen at Sunday, October 25, 2009