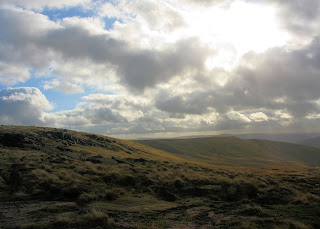 After briefly introducing the Brontë family in the setting of Haworth, Dominique Jean outlined the genesis of the literary production of this exceptional family. He told a large audience how a box of wooden soldiers offered to Branwell by Mr Brontë excited the imagination of the children and triggered the creation of an increasingly elaborate set of stories that they first acted out in plays and later recorded in a series of miniature book-length manuscripts, composed for the most part by Charlotte and Branwell.

He showed how from these first writings to the universally recognized masterpieces, brother and sisters aimed to describe elements of the tangible world easy to name but difficult to paint with language: the weather, light, skies, spaces…

The lecture was illustrated by readings of extracts from the juvenilia and more conventional pieces by Annette Brodkom, a very talented reader. The lecturer showed the different strategies implemented by each of the four authors to convey his/her perception of the world with words.

What I found particularly interesting was the analysis of the texts through the critical eye of a translator. For example, even though he is a fervent admirer of Charlotte, he did not hesitate to show the sometimes over-emphatic aspects of her early style, the accumulation of adjectives, the numerous references and quotations, revealing perhaps an exacerbated sensitivity and desire to display her literary skills. M. Heger had not given her his wise advice yet…

I was also struck by one poem describing a landscape closed up by mountains and scattered with rocks, in complete contrast to the open moors of Haworth.

Therefore, a very interesting lecture that gave me food for thought and a new vision of some of the texts.