Charlotte Brontë - the most interesting author you’re not reading 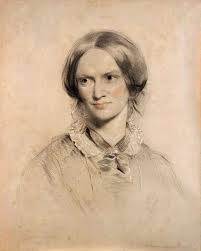 This year you are likely to see lots and lots of posts about Charlotte Brontë appearing in your social media feeds and literary sections of various periodicals. This year especially, as the English-speaking world is celebrating the  bicentenary of her birth with remarkable zeal, including a conveniently published new biography you will see reviewed everywhere. Maybe her name will ring a bell, maybe it won’t, and maybe you will ask yourself why you should even bother reading any of the countless pieces about her. But before you do, reader, I hope you will believe me when I tell you: do not be discouraged by this ubiquity, I can sincerely assure you that for once, this is a writer who deserves all the buzz she is, and will be getting.

Charlotte’s life and work seem to possess endless layers of fascinating and complex topics. I am proclaiming this as a person who thought there could be nothing new to discover about Jane Eyre and was subsequently relieved of this presumptuous opinion. There is so much more to Jane than the first, the second or even the third reading can reveal.  And there is so much more to Charlotte herself than just being the author of that book, and the sister of two other writers. There is so much more to the Brontë family in general than the myth you might have been sold in a press feature or that high school textbook. With every new reading and every new discussion about these names and books I realize that there are still so many things to discover about them all, and that despite the passage of those two hundred years, their twisted, complicated selves are still eerily relevant.


Charlotte wrote from the heart, down from the deep recess of darkness and contradiction  that is a desperate longing for love, a burning sense of loneliness, a clash of self-worth and self-doubt. Do not be confused, she was more than certain of her own genius and superiority, but the buttoned-up Victorians were far from ready to accept the rugged passion of her writing and the brusque quickness of her mind. She was a demon woman, an infuriatingly real person in a time when member of her sex were expected to glide through life enveloped in soft lights of their halos, self-sacrificing, mild-mannered, silently pleasing ornaments with piously folded hands and chastely crossed legs.  She was judgmental, opinionated, dogmatic and entitled. She despised most of her pupils for not being smart enough, and most of the women in general for being feather-headed, capricious shells. She reveled in drama and despondency. But she also had enough ovum to solicit writing advice from two leading poets of the day, self-publish a collection of poems and make her first trip out of Yorkshire an 18-month course of French language and literature (and some unrequited love for a married man) in the foreign land of Brussels.

An incredibly talented and powerful writer, she made the private, repressed feelings of generations of women publically known; a persevering and resilient person, she picked herself up from heartbreak of unrequited love and bereavement of losing all of her five siblings; an enterprising and decided woman, she wrote herself out of a small village in Yorkshire to a publically recognized, best-selling author, despite unimpressive education and even less impressive possibilities available to women at the time. She wrote about love between obscure, flawed people, about negotiating and accepting one’s true nature, about loneliness and wonders of rare friendship, about the ups, downs and longings of the heart, the people and places she knew with no softening filter. Whether taking on the Woman Question, the masters and servants, the Luddites, the Belgians , the clergymen, the hollow women or the incorrigible rakes, she made them come alive with blunt, flavorful language and visual scenes. But she was also painfully aware of the stifling expectations the society had for her as a woman writer and she treaded carefully, constructing her public persona as that of a quiet, melancholy figure in grey, a plain –looking shadow keeping to herself, only revealing all that internal wealth to a chosen few.

For all the above reasons and even more, Charlotte Brontë is probably one the best and most interesting authors in the English language. After two centuries of Austen hegemony in the mainstream, I firmly believe she deserves her own year in the spotlight. Once you take a chance on this obscure, shadowy lady, you are bound to discover the red-blooded, full-bodied world she narrated from torrents of her conflicted heart onto the still, yellowish pages.  Hopefully, with the outburst of articles, reviews and discussions occasioned by the bicentenary, at least some readers will let themselves be seduced by that wonderfully idiosyncratic writer. So please go ahead, make yourself a cup of tea and Brontë on with a collection of posts on our blog.