Why Anne Brontë didn’t go to Brussels and why it matters was the title of Samantha Ellis’s eagerly awaited talk to our group, which finally took place on 20 April. Afterwards, Samantha tweeted about the irony of giving a talk about Anne not coming to Brussels while being unable herself to come to Brussels. She said she was sad not to be on a Eurostar eating ‘proper chocolate’ as she headed home.

Samantha was originally billed to speak to us in April last year, Anne’s bicentenary year, when she was busy promoting her book Take Courage. Then Covid struck, the lockdown began and her visit to Brussels was put on hold. A year on, Covid is still with us and Samantha’s talk had to be held virtually. But her speaking style works well on Zoom. Her talk was just like her book – personal, entertaining, erudite, packed with anecdotes and facts.

She told us how her interest in Anne started in the Parsonage library, holding a letter Anne wrote shortly before she died. The letter makes it clear she hadn’t spent her life ‘preparing for an early death’ as her sister Charlotte said. She wanted to live and ‘do some good in the world before I leave it. I have many schemes in my head …’ 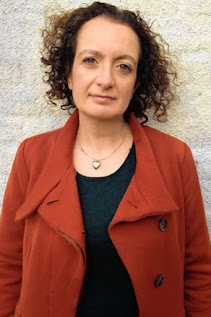 The scheme that was uppermost in Charlotte’s head in 1841-42 was to go to Brussels to study, with Emily as her chosen companion. ‘Anne seems omitted in the present plan,’ Charlotte admitted in a letter to Emily. Samantha began her talk by looking at the possible reasons why Anne was left out of the scheme and the possible consequences of this omission. In some ways Anne seemed a more logical choice of companion to accompany Charlotte to Brussels. For one thing, she was better than Emily at coping with homesickness. In Samantha’s talk, as in Take Courage, Charlotte and her attitude to Anne came out pretty badly. In Samantha’s view, some of Charlotte’s decisions must have affected Anne adversely. For example, because of the Brussels scheme the sisters had to turn down the opportunity to take over the lease of their old school.
On the whole, though, Samantha concluded, it was better for literature that Anne Brontë didn’t come to Brussels and instead stuck out her governess job at the Robinsons for five years. This enabled her to ‘excavate,’ as Samantha put it, her painful experience of governessing and put it to good use in her first book. Unlike the romanticised novel The Governess by Marguerite, Countess of Blessington, Agnes Grey is a uniquely honest account of a governess’s life. So much so that, later in the century, Bertrand Russell’s mother considered Anne’s book essential reading for any family employing a governess. Samantha pointed out that although it was Charlotte’s Jane Eyre that achieved fame, Anne was the first to write about being a governess; Agnes Grey was written before Jane Eyre.

Interesting points were raised in the question-and-answer session afterwards. If Anne had gone to Brussels instead of Emily, would she have tempered Charlotte’s attachment to Monsieur Heger which, like Branwell’s infatuation for Mrs. Robinson, turned into an obsession? Should/can biographers be objective? Samantha said her book about Anne doesn’t set out to be cool and unemotional. How far was Anne Brontë a ‘feminist’ and how appropriate is it to apply the term to a woman of her time? Was Villette influenced by Anne’s account of her teaching experiences? Samantha talked about the way the Brontës’ novels speak to each other and re-write one another’s heroes and heroines; Arthur Huntingdon in The Tenant of Wildfell Hall is a very different picture of a rake from Charlotte’s portrait of Mr. Rochester.

It would have been wonderful to have met Samantha in the flesh, had a drink with her in Grand’Place and made sure she had plenty of chocolate for her return journey. In the end, she didn’t come to Brussels – but it didn’t matter too much; we had a great time with her on Zoom.